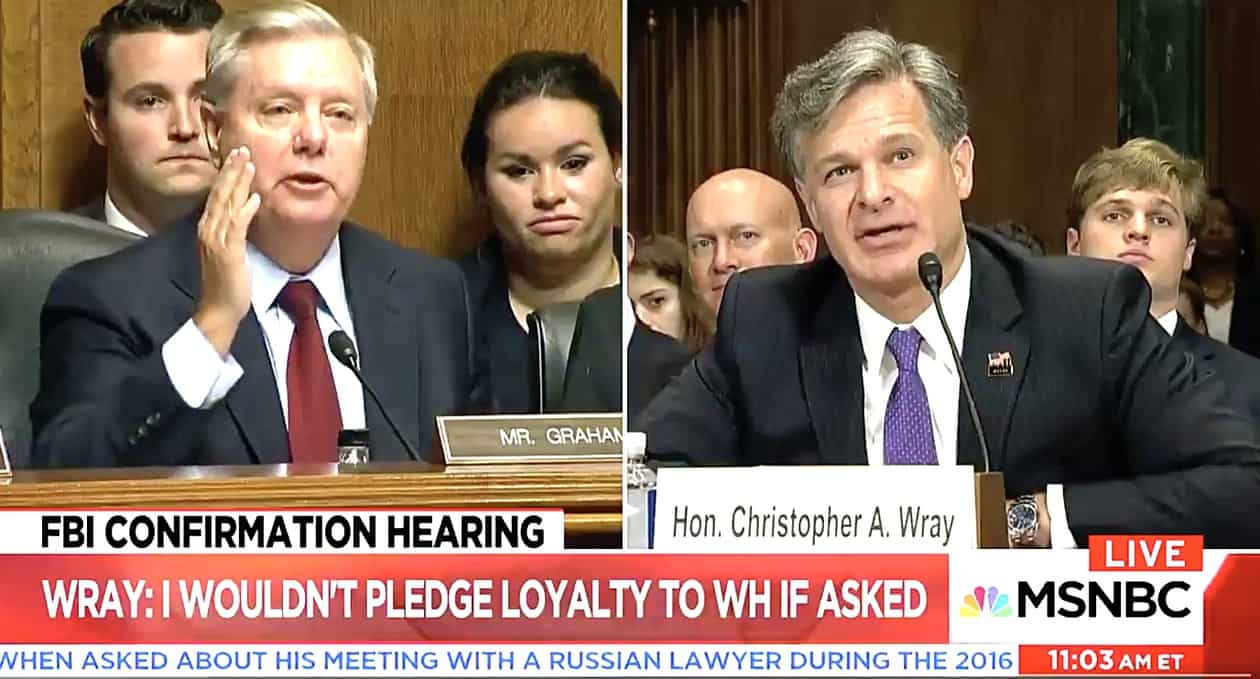 Senator Lindsey Graham grilled FBI director nominee Christopher Wray about whether it would be appropriate to call the FBI when offered dirt on a political opponent from a foreign government, such as Donald Trump Jr. was offered in emails from publicist Rob Goldstone.

Said Graham: “Let me ask you this. If I got a call from somebody saying the Russian government wants to help Lindsey Graham get reelected, they’ve got dirt on Lindsey Graham’s opponent, should I take that meeting?

Replied Wray: “Well Senator I’d think you’d want to consult with some good legal advisors before you did that.”

“So the answer is should I call the FBI?” responded Graham.

“I think it would be wise to let the FBI…” said Wray, before Graham interrupted.

“You’re going to be the director of the FBI, pal!” Graham interjected. “So here’s what I want you to tell every politician. If you get a call from somebody suggesting that a foreign government wants to help you, by disparaging your opponent, tell us all to call the FBI.”

Wray replied: “To the members of this committee, any threat or effort to interfere with our elections from any nation state, or any non state actor, is the kind of thing the FBI would want to know.”

Previous Post: « Trillion-tonne Iceberg the Size of Delaware Breaks off Antarctica in Historic Warming Event
Next Post: The FCC is Trying to Destroy Net Neutrality. You Can Help Fight to Save the Internet As We Know It. »