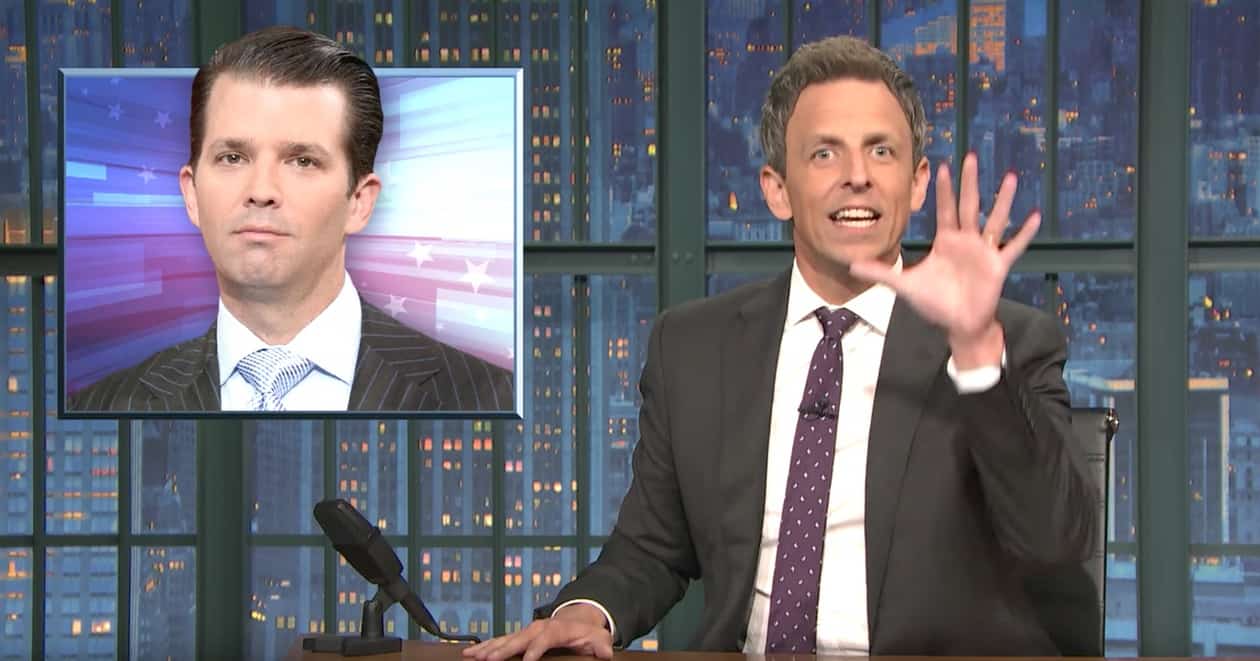 Seth Meyers examined Donald Trump Jr.’s meeting with a Russian lawyer and the changing string of explanations for it in last night’s ‘A Closer Look’.

But first he caught up on the senior Trump’s recent escapades, like his visit to France where he got tangled up in a handshake with the Macrons.

Meyers also looked at Trump’s giddiness to get into a fire truck and “play make believe” while Sean Spicer took his photo in the background.

“At this point Sean Spicer is just an exhausted dad trying to keep up with his frenetic toddler.”

And Trump’s new ridiculous ideas about the border wall, like making it transparent so someone won’t get hit by a 60 lb bag of drugs when it is flung over by a Mexican drug dealer.

Finally, Meyers hit the Russia scandal and Donald Trump Jr.’s meeting with a Russian lawyer and his string of changing explanations for it:

And the really sick admission:

“Trump and his team argued for months that there was absolutely no contact let alone collusion with Russian agents but now that the Don Jr. email is out they’ve shifted to a new story that if there was collusion it was totally fine.”

And yesterday’s tweet from Trump claiming that the whole episode was just “politics.”

“No it’s not. Politics is running attack ads and kissing babies and going down on a corn dog at the Iowa State Fair. Just because something is political doesn’t mean it’s ‘just politics.’ If John Wilkes booth had shot Lincoln and then went ‘hey, that’s politics’ they still would have arrested him.”