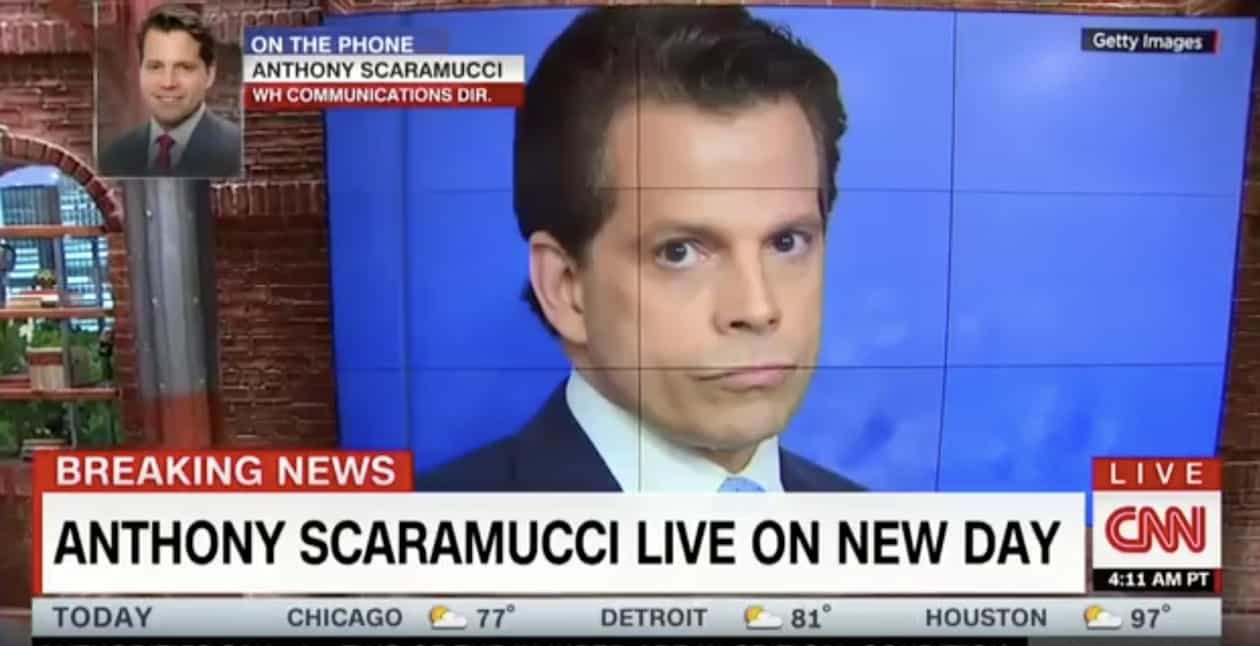 New White House Communications Director Anthony Scaramucci sent out a bizarre tweet (since deleted) on Wednesday night that appeared to call on the FBI to investigate Chief of Staff Reince Priebus as the White House leaker, accusing him of committing a felony. It referenced a financial disclosure which was detailed in a Politico story on Wednesday.

Tweeted Scaramucci: “In light of the leak of my financial disclosure info which is a felony. I will be contacting @FBI and the @TheJusticeDept #swamp @Reince45” 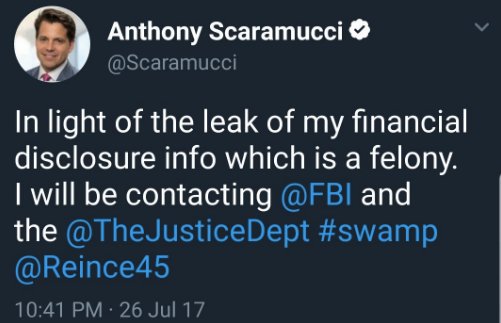 Scaramucci followed it up with a clarification after news outlets reported the assertion that Scaramucci wants Priebus investigated: “Wrong! Tweet was public notice to leakers that all Sr Adm officials are helping to end illegal leaks.”

Wrong! Tweet was public notice to leakers that all Sr Adm officials are helping to end illegal leaks. @Reince45 pic.twitter.com/AB0reseuX1

Then, on Thursday morning, another bizarre set of events took place which left CNN New Day anchors Chris Cuomo and Alisyn Camerota’s jaws hanging and further exposed the rift going on inside the White House.

In case there's any ambiguity in his tweet I can confirm that Scaramucci wants the FBI to investigate Reince for leaking.

New Yorker reporter Ryan Lizza called in and confirmed that Scaramucci had in fact called on the FBI to investigate Priebus, which prompted a call in to the show from Scaramucci himself.

And although Scaramucci suggested that Priebus is the leaker (“the fish stinks from the head”) he claimed that he was not accusing Priebus of being the leaker:

Mooch said he was talking to POTUS before he called! It was sanctioned. https://t.co/lnFAuDWDvg