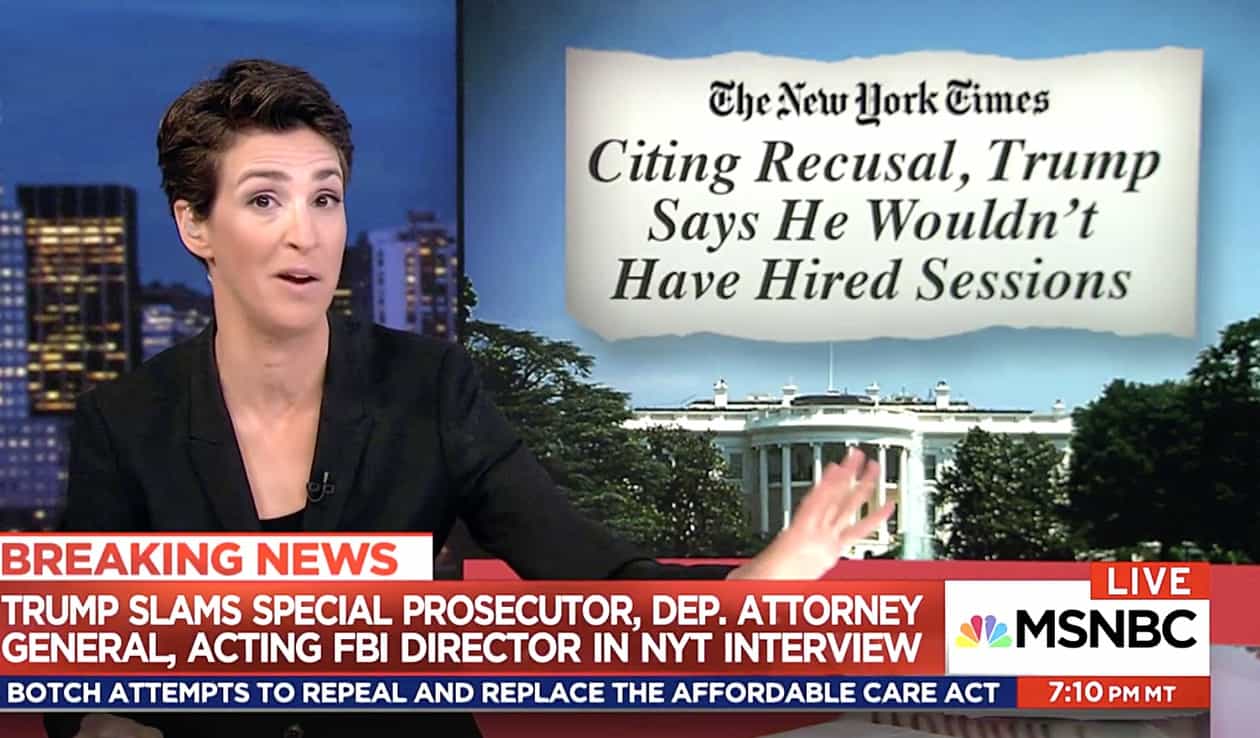 Last night’s stunning New York Times interview with Donald Trump in which he publicly trashed Attorney General Jeff Sessions and said he wouldn’t have appointed him if he knew Sessions was going to recuse himself from the Russia probe has folks wondering if Sessions will resign.

“Jeff Sessions takes the job, gets into the job, recuses himself, which frankly I think is very unfair to the president,” he added. “How do you take a job and then recuse yourself? If he would have recused himself before the job, I would have said, ‘Thanks, Jeff, but I’m not going to take you.’ It’s extremely unfair — and that’s a mild word — to the president.”

Mr. Trump also faulted Mr. Sessions for his testimony during Senate confirmation hearings when Mr. Sessions said he had not met with any Russians even though he had met at least twice with Ambassador Sergey I. Kislyak. “Jeff Sessions gave some bad answers,” the president said. “He gave some answers that were simple questions and should have been simple answers, but they weren’t.”

“In normal times, we would expect an official criticized this way by the president to resign before the evening is over. That said, these are not normal times.”

CNN reports that Sessions has no plans to resign:

A Justice Department spokeswoman declined to comment to CNN about the President’s remarks regarding Sessions. But a source familiar with his thinking said Sessions has no intention of stepping down as attorney general in the wake of Trump’s comments.
Previous Post: « Radio Host Says Megyn Kelly Failing on NBC Because Gay Viewers Don’t Appreciate a ‘Hot Babe’
Next Post: Joshua Grannell is ‘Better Known as Peaches Christ’, San Francisco’s Most Sought-After Drag Queen: SHORT FILM »