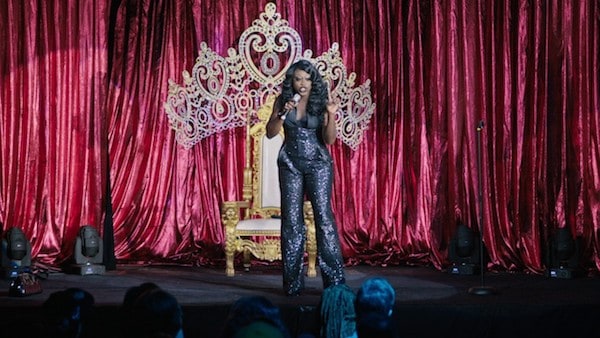 In the grand tradition of Devil Wears Prada and Sex and the City, the next generation of gals about town in journalism arrives with The Bold Type, debuting 9 p.m. Eastern Tuesday on Freeform. Among the drinks, drama and deadlines is a storyline about the relationship between Kat (Aisha Dee) and a lesbian artist.

Comedic actress Andrea Savage may be best known for her work as President Montez on television’s funniest show, Veep, but she was also a comedy powerhouse on Hulu’s Hotwives of Orlando. Now she’s at the center of I’m Sorry, a new sitcom about a woman balancing family and work as a comedy writer. Check out the premiere Wednesday 10 p.m. Eastern on TruTV.

You don’t have to be gay to watch RuPaul’s gameshow Gay For Play, but let’s face it, you probably already are. Thursday features back-to-back episodes featuring Cheyenne Jackson, Michelle Buteau and, ugh, Frankie Grande. Test your trivia starting at 10 p.m. Eastern on Logo.

RuPaul’s Drag Race season eight winner Bob the Drag Queen takes the stage in a new stand-up special, Suspiciously Large Woman, Sunday at 8 p.m. Eastern on Logo. The hilarious drag queen is whip smart and one of the most hilarious folks around, in or out of heels.

It’s every geek’s favorite summer activity, sitting inside in the dark, in air conditioning and watching new episodes of Game of Thrones. The epic fantasy drama returns for its penultimate season Sunday at 9 p.m. Eastern on HBO. Catch up on last season with our recaps here.