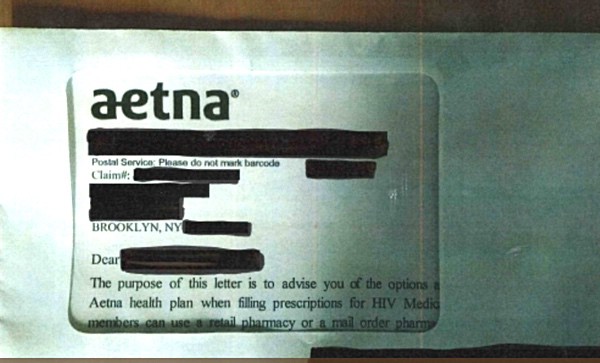 WASHINGTON – Thousands of people with HIV received mailed letters from Aetna last month that disclosed their HIV status on the envelope. The letters, which Aetna said were sent to approximately 12,000 people, were meant to relay a change in pharmacy benefits. Text visible through a small window on the envelopes listed the patients’ names and…

HIV status of thousands revealed on envelopes mailed by insurer.