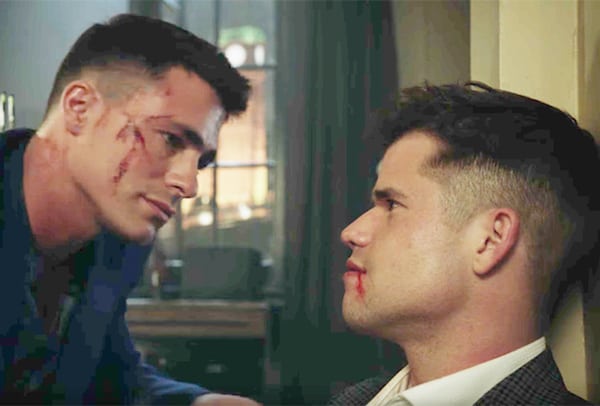 It’s almost time for Will & Grace to grace our TV screens once more, but before you see how Jack handles all the ins and outs (and in and out and in and out) of gay life in 2017, relive the series’ historic impact on pop culture with The Paley Center Salutes the Best of Will & Grace Tuesday at 10 p.m. Eastern on NBC.

One of TV’s best new comedies is coming back Wednesday at 10 p.m. Eastern on NBC after a short first season. The one-hour season premiere of The Good Place throws some major curveballs into the innovative concept, so tune in to see how Eleanor (Kristen Bell) deals with her latest mid-afterlife crisis.

The Pfeffermans return for another go with the fourth season premiere of Transparent Friday on Amazon. This season not only brings us more Judith Light, but also a trip to Israel.

Get ready, Little Monsters, because Mother is coming to Netflix Friday. Gaga: Five Foot Two chronicles the iconic pop diva as she works on her album, films American Horror Story and preps for her Super Bowl performance.

The show that gave us hunks like Colton Haynes, Tyler Hoechlin, Dylan O’Brien, Tyler Posey and the Carver twins says farewell Sunday at 8 p.m. Eastern on MTV. The series finale of Teen Wolf will follow Gerard’s final assault, but who, if anyone, will survive?