You are here: Home / Alex Jones: ‘It is a Culture Now in the Gay Community to Give Each Other HIV…This is Satanism, Folks’ 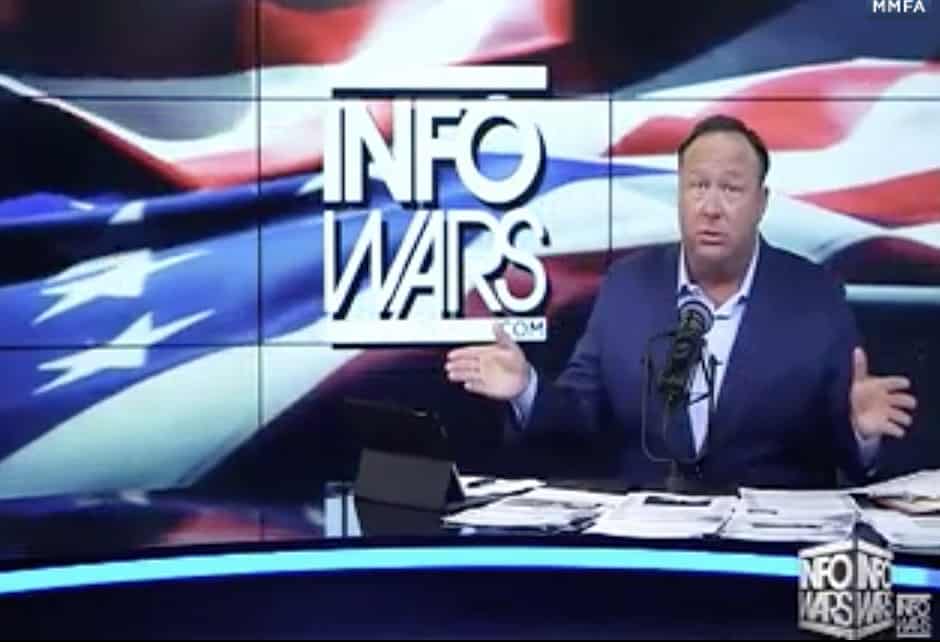 Alt-right conspiracy theorist and Trump buddy Alex Jones responded to the news that knowingly exposing another person to HIV is no longer a felony in California in a segment on his show InfoWars on Sunday.

The transcript, via Media Matters:

ALEX JONES (HOST): I want to get into the psychology of the insane Democratic Party here, because when HIV goes from lowered numbers like it is to exploding in the next five years, in a few years, if we’re still here, as a planet, don’t have nuclear war, I will go back to this show and say here I am in 2017 saying within three to five years California will have a 200 percent increase in HIV. And they will also complain and say we need single-payer, we need socialist health care, the reason we have HIV is because we don’t have free health care. No, the reason you have HIV is because it is a culture now in the gay community — that I first read about 20 years ago in Rolling Stone — to give other people HIV. It’s truly nihilistic. So here’s the article: “‘Progress’:” — LA Times — “Knowingly exposing others to HIV no longer a felony in California.” It’s the same thing as a parking ticket, so it’s essentially legalized.