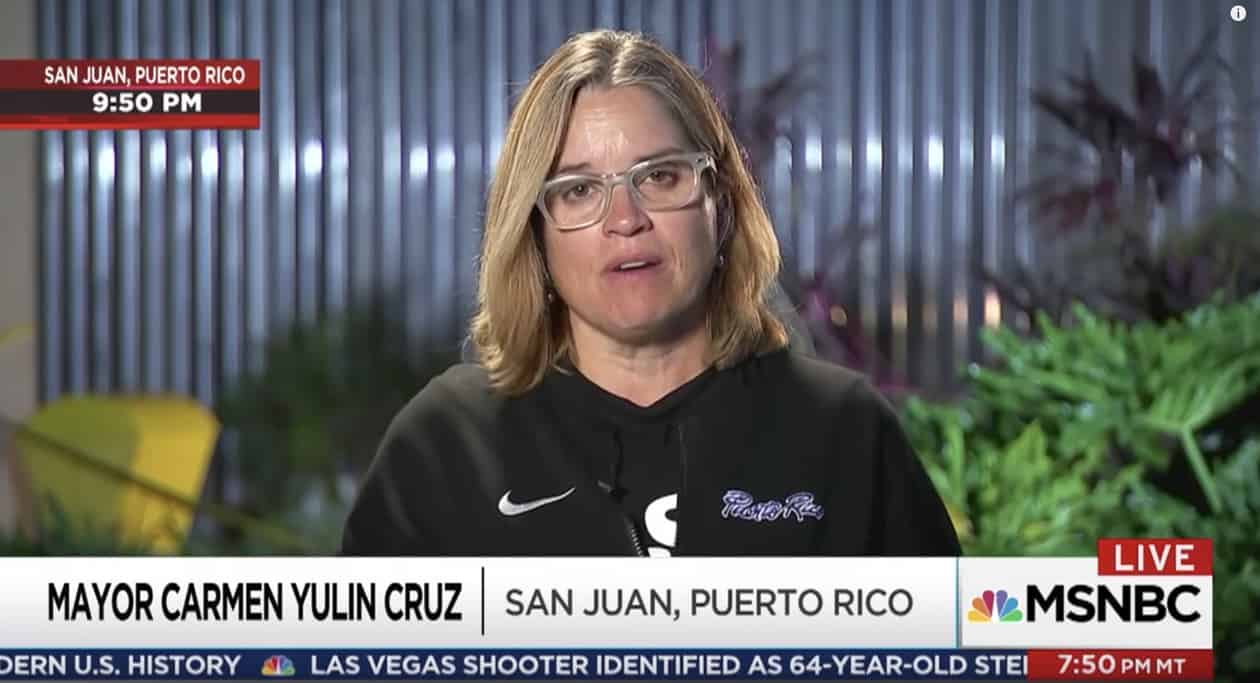 Said Cruz in a lengthy statement: “Your tweets and comments just show desperation and underscore the inadequacy of your government’s response to this humanitarian crisis. It is not that you do not get it, it is that you are incapable of empathy and frankly simply cannot get the job done.”

“Tweet away your hate to mask your administration’s mishandling of this humanitarian crisis…I ask every American … to stand with Puerto Rico and let this President know we WILL NOT BE LEFT TO DIE.”

San Juan mayor: "Mr. President, you seem to want to disregard the moral imperative that your administration has been unable to fulfill." pic.twitter.com/v7eDDvUf4R

@POTUS It is not that you do not get it; you are incapable of fulfilling the moral imperative to help the people of PR. Shame on you.!

@POTUS your comments about Puerto Rico are unbecoming of a Commander in Chief they seem more to come from a “Hater in Chief”.

Previous Post: « Here’s the First Image from ‘Love, Simon’, a Greg Berlanti-Directed Gay Coming Out Love Story
Next Post: Jared Kushner Profited from One of His Companies After Failing to List It on WH Financial Disclosure Forms »