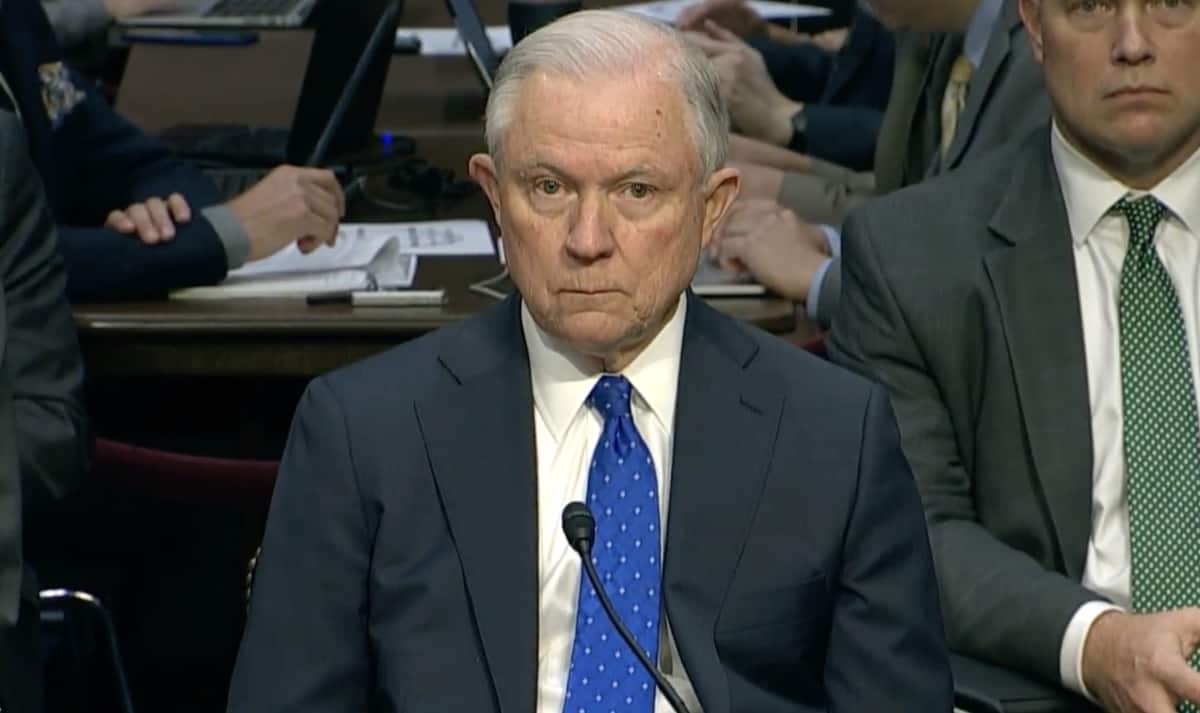 Attorney General Jeff Sessions was grilled several times on LGBT rights and religious freedom Wednesday during an oversight hearing before the Senate Judiciary Committee. Senators Al Franken, Chris Coons, and Dick Durbin all addressed Sessions’ attacks on LGBT people, particularly a new DOJ order that the Civil Rights Act does not cover discrimination based on sexual orientation and gender identity.

Franken said the orders were clearly “all in the name of religious liberty,” arguing that Sessions’ actions were in contrast to previous promises he made during the confirmation process and that they showed the “DOJ’s unrelenting hostility toward LGBT people.”

Sessions responded that he rejected the phrase “unrelenting hostility,” arguing instead that he issued orders to “follow the law as I promised to do.”

He added, “These employment issues we felt the law did not answer … we felt the states could make their own decisions.”

In response to Democratic Sen. Chris Coons of Delaware, who also brought up Session’s LGBT record, the attorney general said, “We’re going to protect our LGBT citizens with vigor and determination and we are not going to look the other way, we will enforce the law as written and we will continue to do so.”

Sessions noted that the Justice Department had received a letter from members of Congress listing multiple cases they were concerned about and he “made sure everyone of them was looked at.”

Franken also praised Sessions for personally ordering a DOJ lawyer to Iowa to prosecute a man for alleged hate crimes against a transgender student, but added “your decision to prosecute … doesn’t tell the whole story.”

“There’s an argument to be made that no Trump administration official has done more to hurt LGBT people than you,” Franken told Sessions.

“Could a social security administration employee refuse to accept or process spousal or survivor benefits paperwork for a surviving same-sex spouse?” Durbin asked.

There was a long pause. “That’s something I never thought would arise, but I would have to give you a written answer to that, if you don’t mind.” Sessions responded.

It is highly unbelievable that Sessions had never considered these examples prior to Wednesday. More than two years ago, when he was still in the Senate, Sessions was one of the original co-sponsors of the First Amendment Defense Act (FADA), a bill that would grant those who have religious objections to same-sex marriage a license to discriminate. Many of the provisions in the new guidance mirror FADA’s language.