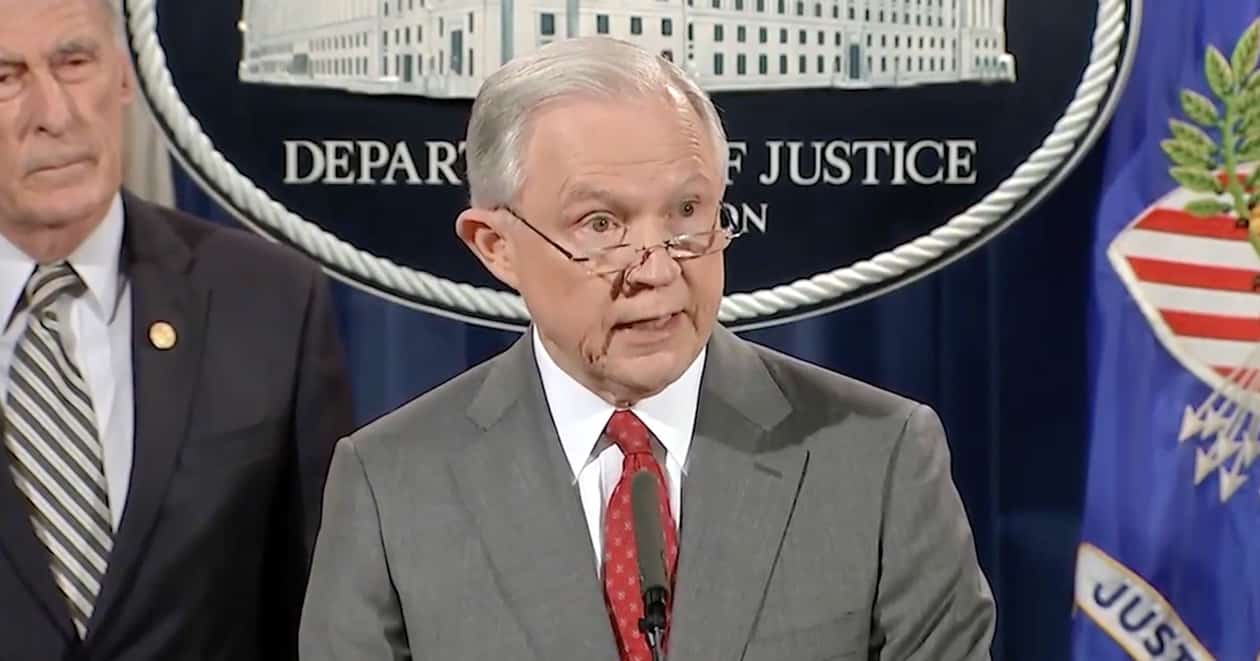 It adds that the government will take this position in pending and future matters, which could have far-reaching implications across the federal government and may result in the Justice Department fighting against transgender workers in court.

“Although federal law, including Title VII, provides various protections to transgender individuals, Title VII does not prohibit discrimination based on gender identity per se,” Sessions writes. “This is a conclusion of law, not policy. As a law enforcement agency, the Department of Justice must interpret Title VII as written by Congress.”

…The memo reflects the Justice Department’s aggression toward LGBT rights under President Trump and Sessions, who reversed Obama-era guidance that protects transgender students after a few weeks in office. Last month, Sessions filed a brief at the Supreme Court in favor of a Christian baker who refused a wedding cake to a gay couple. And last week, the department argued in court that Title VII doesn’t protect a gay worker from discrimination, showing that Sessions will take his view on Title VII into private employment disputes.

At issue in the latest policy is how broadly the government interprets Title VII of the Civil Rights Act of 1964, which does not address LGBT rights directly. Rather, it prohibits discrimination on the basis of sex.

The DNC released this statement:

“This week, Jeff Sessions escalated the Trump administration’s war on LGBTQ people. By reinterpreting our employment laws to try to stop protecting transgender people from discrimination, Donald Trump, Mike Pence, and Jeff Sessions have revealed their real goal – turn the clock back to a time when life was even more difficult for LGBTQ people, transgender individuals in particular.

“Fortunately, the courts have rebuked this bigotry and made clear that LGBTQ Americans have the right to be free from discrimination in the workplace. It’s time for Congress to do the same, because Attorney General Sessions can’t be trusted to protect us or our civil rights. Democrats support the right of LGBTQ people to live and work without fear and demand Sessions stop using the Department of Justice to further this administration’s divisive agenda.”

Previous Post: « This Hilarious Interview of Harrison Ford and Ryan Gosling Will Take Your Mind Off Bad News for 4 Minutes: WATCH
Next Post: Jimmy Kimmel on Tillerson: ‘Okay, So He Definitely Called Trump a Moron’ – WATCH »