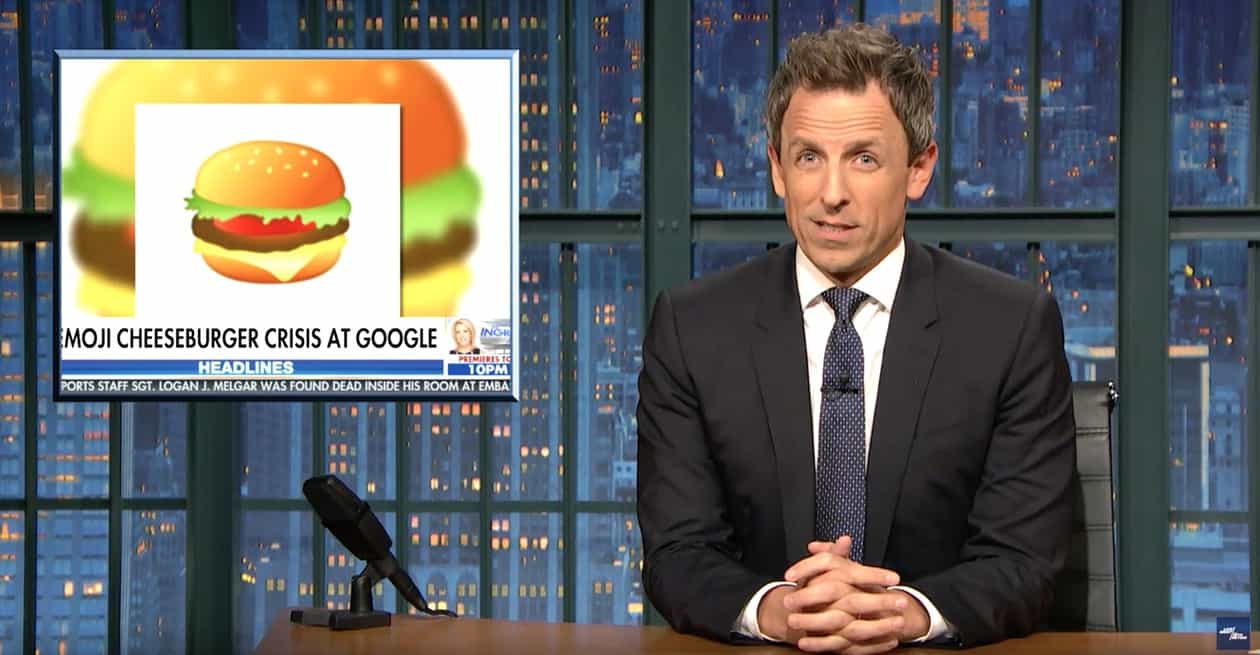 “That’s because you’re the president, not one of their children,” blasted Meyers. “Also, look at the faces of those kids. They’re looking at Trump and thinking, ‘you’re the reason my daddy drinks.'”

Meyers then turned to the big news of the Mueller indictments, which FOX News chose to ignore over the more pressing news of a cheeseburger emoji.

Meyers played a clip of FOX & Friends host Ainsley Earhardt freaking out over the emoji.

“We’ve been talking about it all morning. Can you see what’s wrong with this picture? The cheese is underneath the hamburger! Who does that?”

Quipped Meyers: “Who does that? Unless the answer is Paul Manafort, who cares? Fox News, if you really want to talk about emojis, you could at least focus on the ones that are relevant to the Trump White House.”

You can probably guess which ones Meyers suggested.