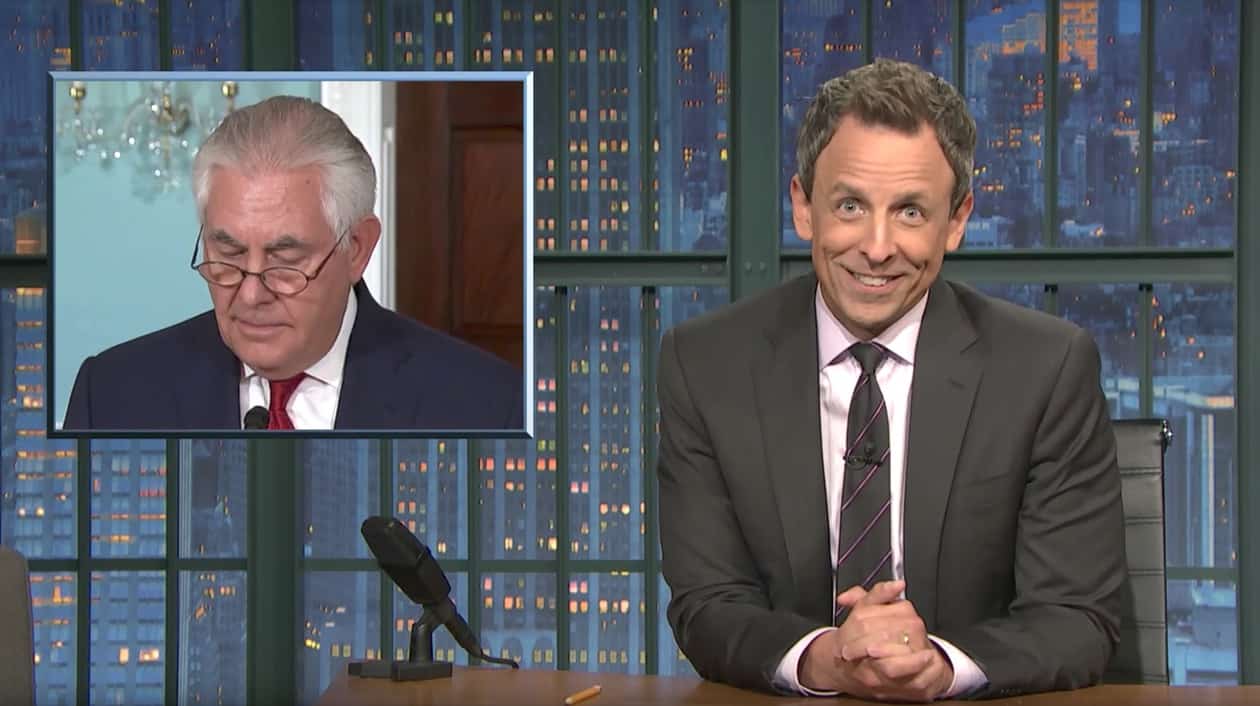 Seth Meyers examined the tenuous relationship between Donald Trump and Secretary of State Rex Tillerson following the report that Tillerson called Trump a “moron” which prompted a rare public statement from the nation’s top envoy.

“Man, to think a guy’s a moron and then be forced to publicly say he’s smart. I guess when your name is Rex, you’re going to be good at rolling over…Good boy, Rex, good boy!””

Meyers also looked at how Trump recently undermined Tillerson on North Korea, telling him not to waste his energy negotiating.

“I wouldn’t be too concerned that Rex Tillerson is expending a lot of energy. He looks like the guy sitting in a rocking chair outside the corner store who says ‘storm’s a comin’ I can feel it in my knee.'”