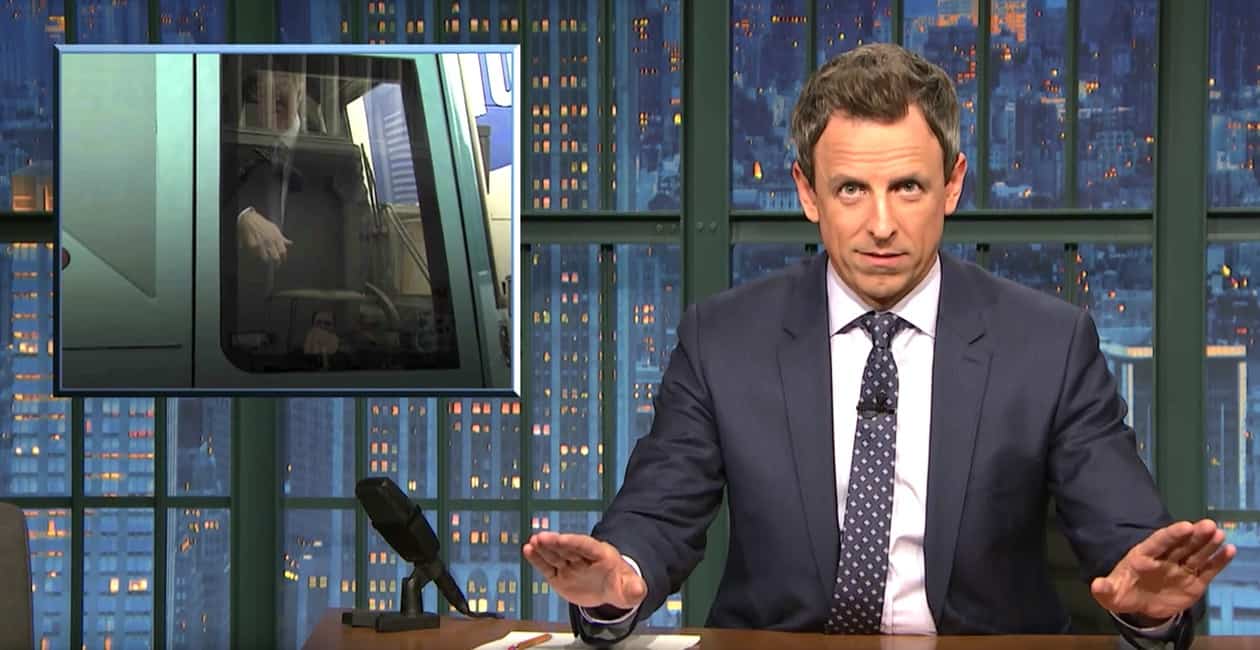 “No matter what else happens, Donald Trump will surely go down as our neediest and most insecure president,” said Seth Meyers, launching his Closer Look segment with a look at Trump’s recent claims that he’s the most productive president in history.

Meyers noted a tweet in which Trump said he has “possibly done more than any 10 month president.”

Quipped Meyers: “He’s right about one thing. The way Robert Mueller is handing down indictments, there’s a good chance Trump will be a 10 month president.”

Meyers also launched into an analysis of Trump’s claims this week that the Access Hollywood ‘pussygate’ tape is not real.

“First of all, you admitted it was real. Second, you know how I know it’s real? Because to get off the bus, you did this.”

Meyers then played footage of Trump knocking on the bus’s door to get out.

“That is so dumb that no one would ever think to fake that.”