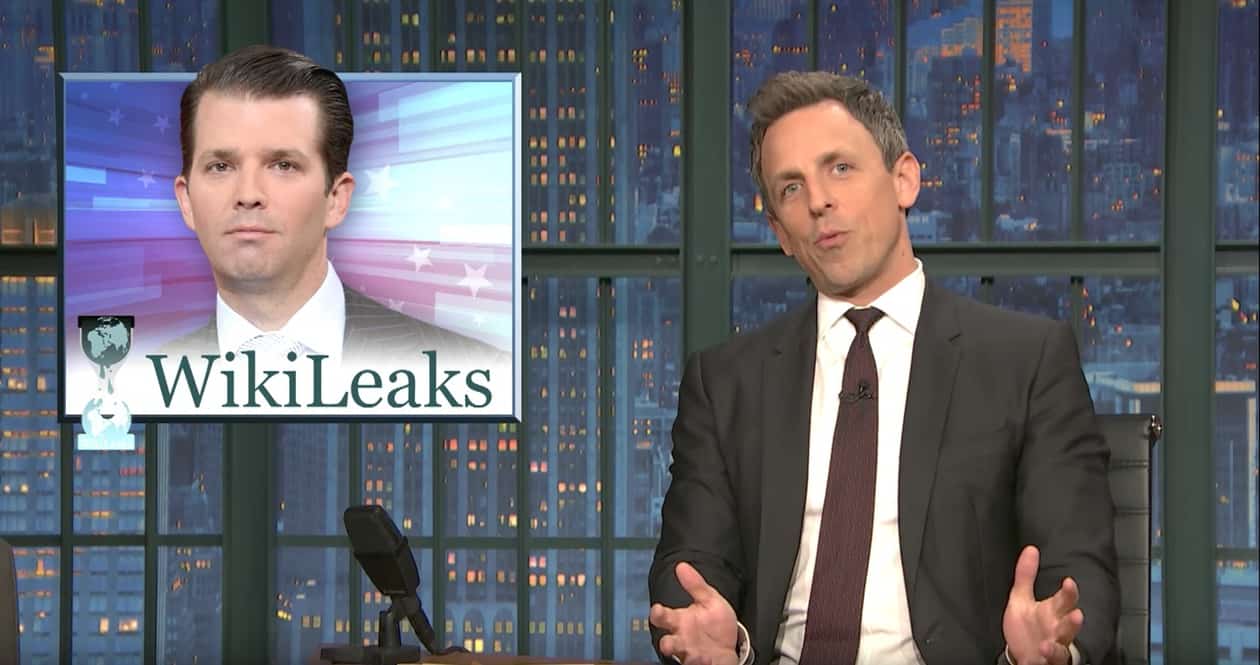 Seth Meyers took aim at Donald Jr., “the dumbest Trump,” in a searing commentary about Junior’s interaction with Wikileaks over direct messages on Twitter.

“While [President] Trump is focused on bragging about his endurance, back here at home, his inner-circle is dealing with yet more information about potential involvement in Russian election meddling. And you’ll never guess which Trump family member is once again mixed up in all of it– I’ll give you a hint. He has the same name as a famous idiot.”

“Of course it was Don Jr. He’s the dumbest member of a family in which there is stiff competition. That family still hasn’t finished a game of Trivial Pursuit they started in 1988. (In Donald Jr. voice) ‘What category do you want dad?’ (In Trump voice) ‘Give me New York City buildings between 53rd and 59th.'”

Then Meyers acknowledged the runner up:

“Also, it’s not often we can say this, so let’s do it while we can: Today is a good day to be Eric. Give it up for Eric, everybody! I didn’t collude, Father! Although Eric probably couldn’t collude if he tried.”

Meyers also looked briefly at the Jeff Sessions hearing and Trump’s affinity for cozying up to authoritarian strongmen.