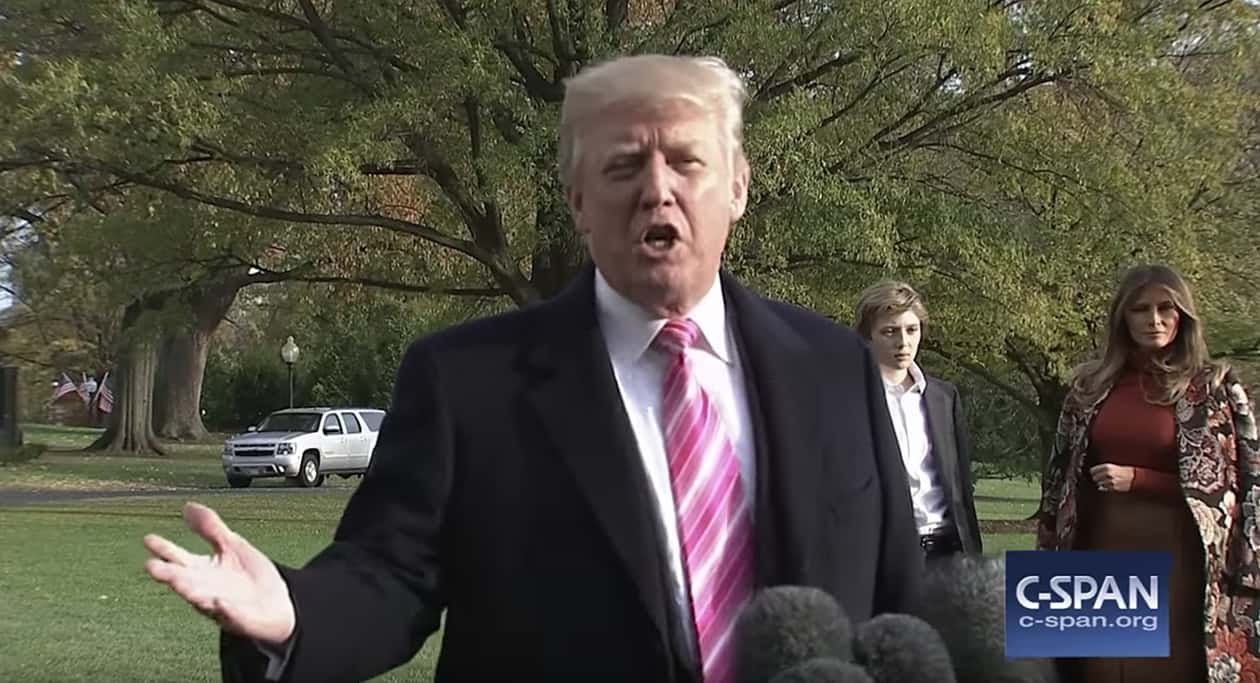 Said Trump to reporters: “He denies it. Look, he denies it. If you look at all the things that have happened over the last 48 hours. He totally denies it. He says it didn’t happen. And look, you have to look at him also.”

“On Roy Moore’s disturbing actions, Ivanka Trump says, ‘There’s a special place in hell for people who prey on children, and I have no reason to doubt the victims’ accounts.’ Jeff Sessions says, ‘I have no reason to doubt these young women.’ And Richard Shelby says he will ‘absolutely not’ vote for Roy Moore. Conservative voices, putting children and women over party; doing what’s right.”