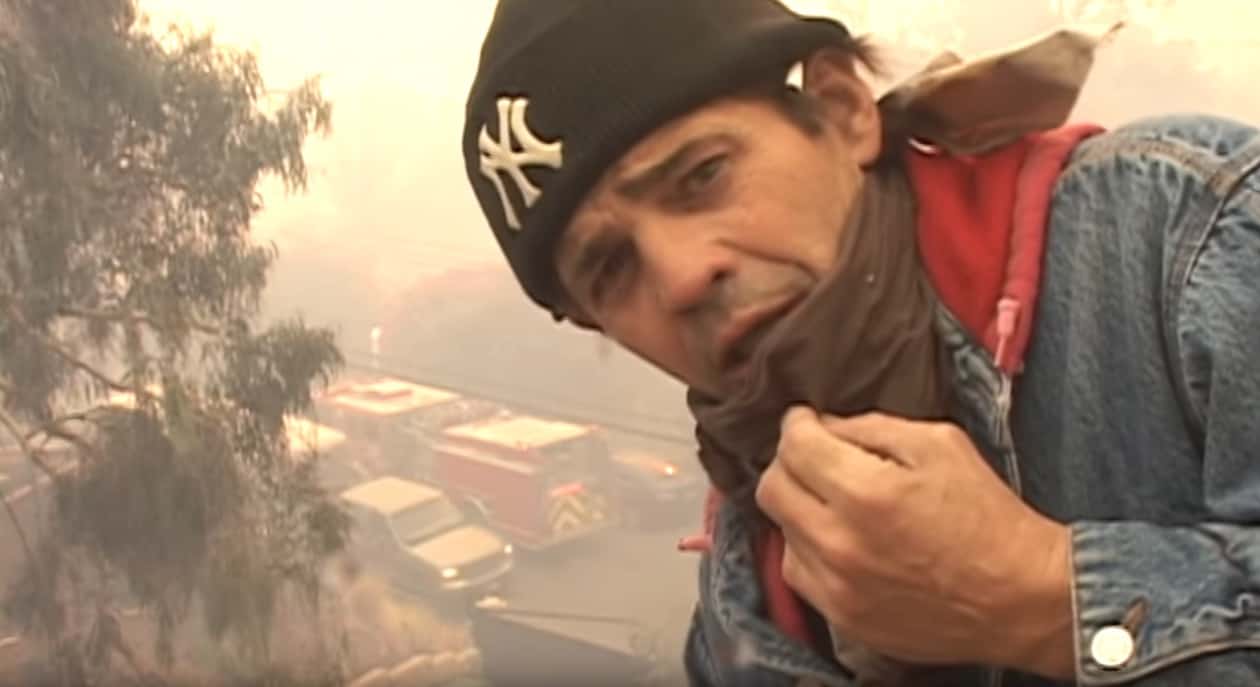 Gay adult film icon Jeff Stryker’s home survived the California wildfires and he documented his battle in a new video posted to YouTube.

Says Stryker introducing the clip in a suit and tie, before standing on top of his home, hosing it down: “Reality hits me hard, as it always does, my entire life. Almost weekly I have some kind of encounter. Almost daily I avoid them because I have some strange habits that are quite interesting that make it so I don’t come in contact with police, or try not to. So join us…”

Adds Stryker as he waters down the house: “This is reality. This is the weed whisperer in another adventure. The Poseidon adventure!”