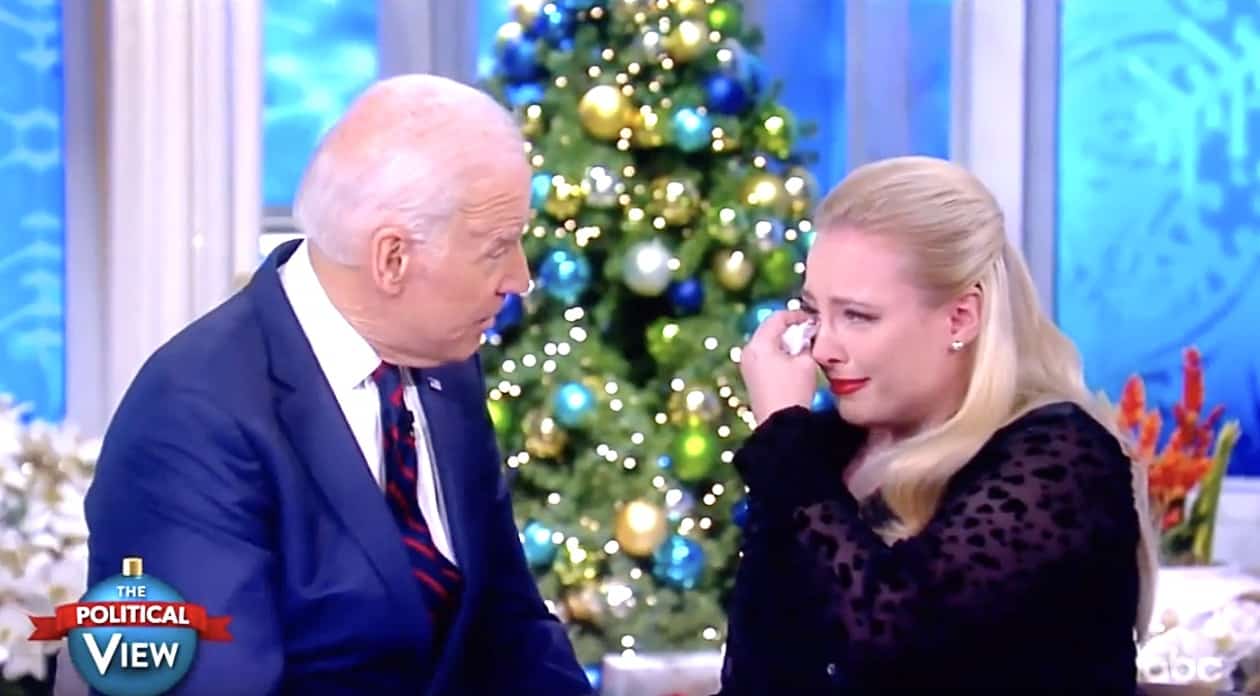 Joe Biden, who lost his son Beau to the same type of aggressive cancer as Senator John McCain (R-AZ) is battling, comforted McCain’s daughter Meghan, now a co-host on The View, when she began crying after addressing the issue on Wednesday’s show.

Said Biden, getting up from his chair to sit closer to McCain: “There is hope, and if anyone can make it, your dad. Her dad is one of my best friends. We’re like two brothers who were somehow raised by two different fathers or something because of our points of view. But I know, and I mean this sincerely, even when your dad got mad at me, saying I should get the hell off the ticket, remember what I said about your dad? I said, I know if I picked up the phone tonight and called John McCain and said, ‘I’m at Second and Vine in Oshkosh and I need your help, come,’ he’d get on a plane and come, and I would for him, too…I swear, guys, we’re going to beat this damn disease.”

Watch the touching moment below: