You are here: Home / Seth Meyers is Chugging Purell After Hearing Stormy Daniels’ Story of Her Sex Night with Trump: WATCH 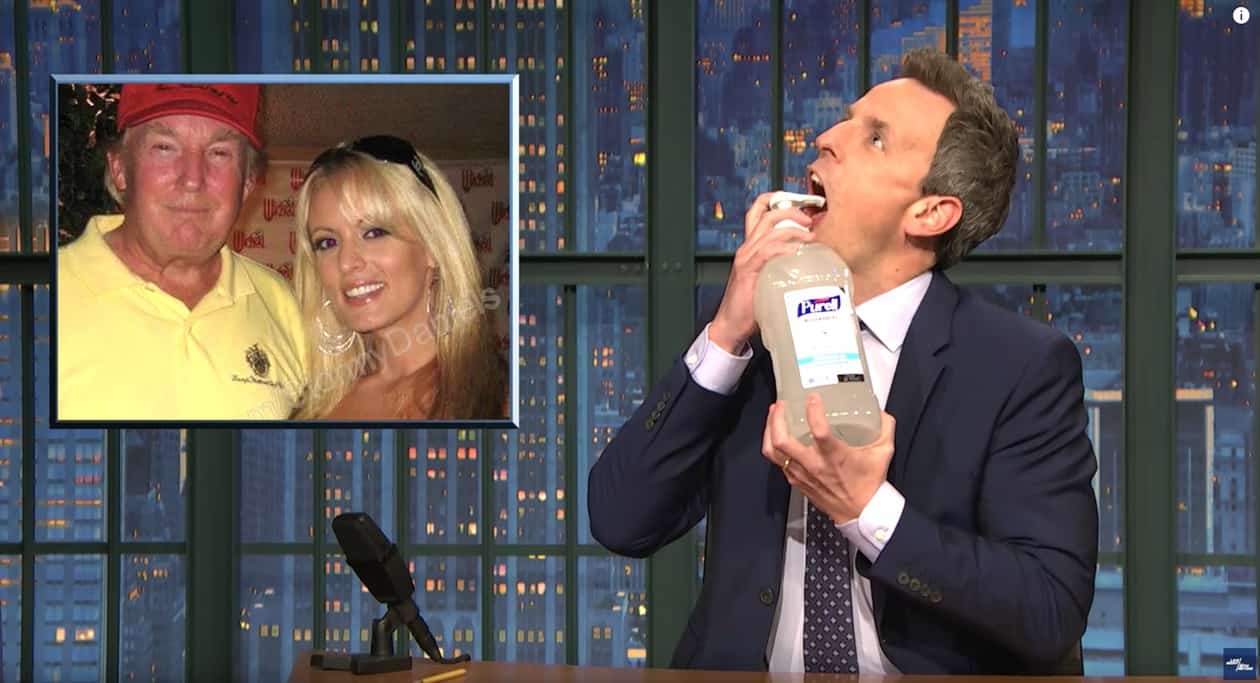 News emerged this week that the Trump campaign paid Daniels $130,000 in hush money just a month before the presidential election.

“So, on top of everything else, we have a president who’s such a genius he’s somehow still paying for porn.Meanwhile, the last president’s wife said people should have a salad once and a while and people lost their minds!”

But now, the stories are coming out. One in particular grossed Meyers out so badly he had to pump Purell into his mouth. It was a compliment that Trump gave Daniels:

“He told me once that I was someone to be reckoned with, beautiful, smart, just like his daughter.”