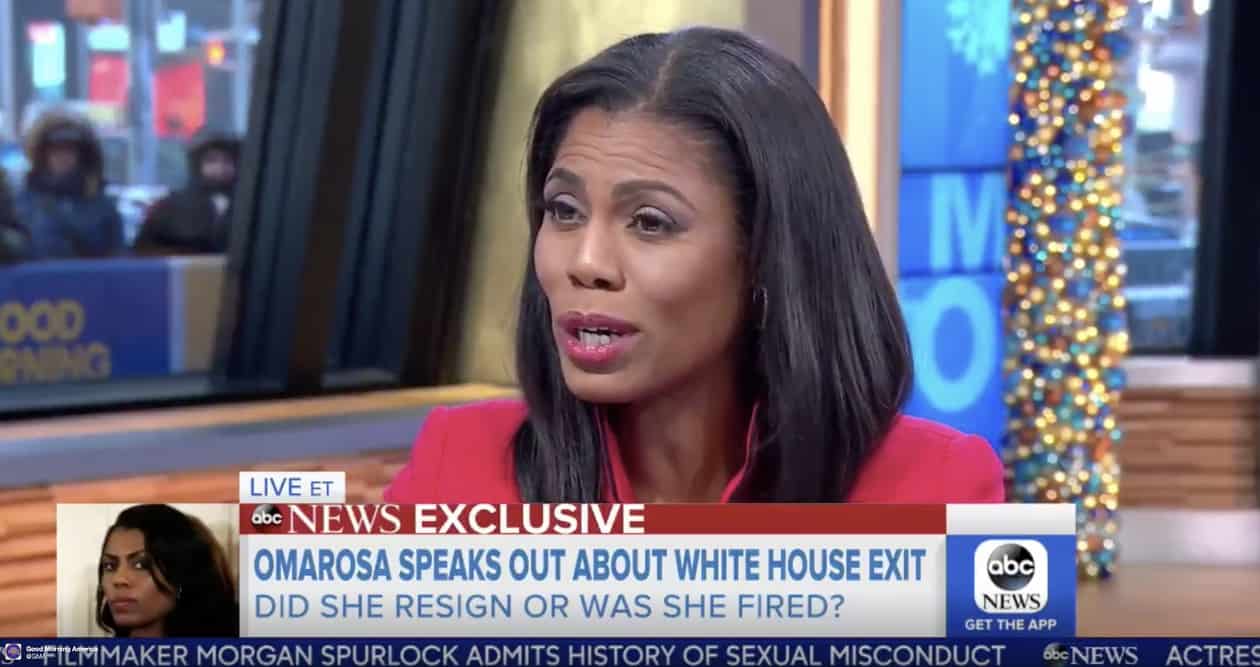 Omarosa Manigault-Newman may have recorded confidential White House conversations and is fearful she could be swept up in Robert Mueller’s probe, the NY Daily News reports:

The 43-year-old apparently believes she may become a fixture in Mueller’s investigation into possible connections between the Trump campaign and Russia’s election meddling.

“Everyone knows Omarosa loves to record people and meetings using the voice notes app on her iPhone,” a source disclosed. “Don’t be surprised if she has secret audio files on everyone in that White House, past and present staffers included.”

A recent ban on personal cell phones in the West Wing, which followed the release of Michael Wolff’s explosive White House tell-all was related to Manigault-Newman’s track record of recording conversations, the source added.

In December, Omarosa said that reports she was escorted from the White House after tripping alarms and trying to gain access to the Trump residence are “100 percent false.”