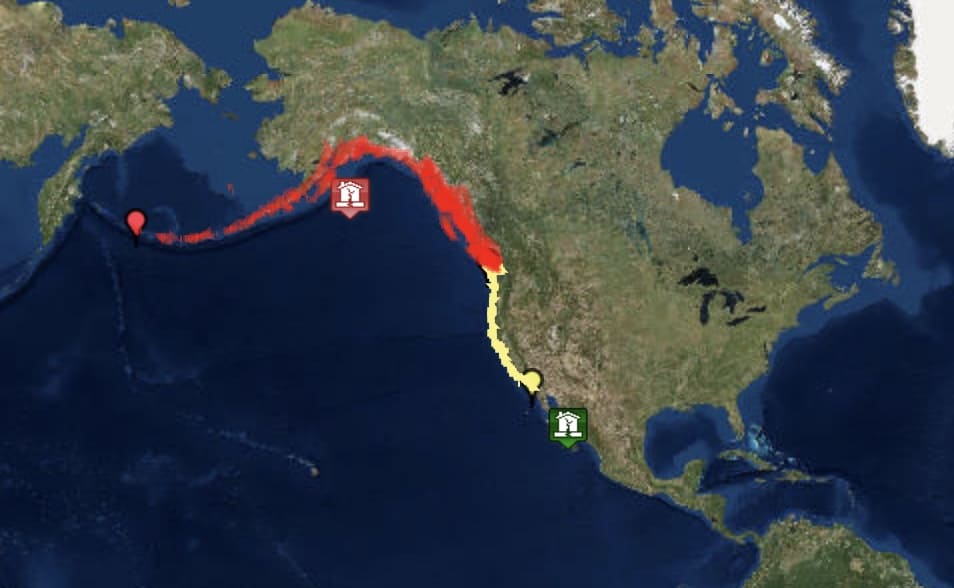 The tsunami center said that the first place likely to be hit would be Kodiak, Alaska, at 1:45 a.m. local time followed by several coastal towns over the following two hours. A tsunami could hit Tofino, British Columbia, on Vancouver Island, around 4:40 a.m. Pacific Standard Time, and the northwest corner of Washington State around 4:55 a.m.