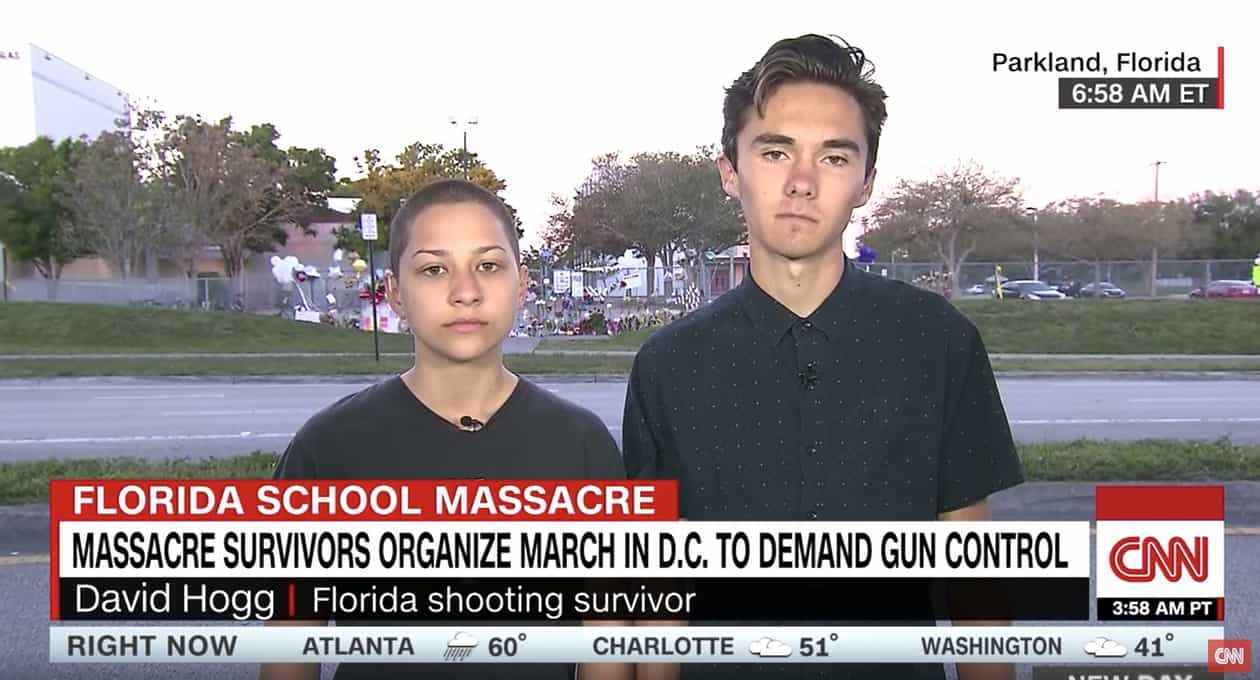 “If we are to reach real peace in this world… we shall have to begin with children.” — Mahatma Gandhi

The most horrifying moment after the massacre ended at Stoneman Douglas High School in Florida was the realization that most adults with whom I spoke had given up hope. Ever since our government failed to protect our kids after Newtown, too many have come to accept with a kind of hopeless resignation that politicians, primarily Republicans, from the White House to the Congress to the statehouse, would never muster the courage to turn down the money from the NRA and stand up for our children.

On television shows and on the phone with our friends we predicted and expected the usual ‘thoughts and prayers’; we anticipated nothing more than the usual memorials of flowers and candles— more tragic proof- that “faith without works” is insincere, ineffectual and disgraceful. We had ceased to be surprised at how quickly the carnage would be forgotten until the next massacre.

After Las Vegas, the ‘bump stock’ should have been easy to ban and we dared to hope it would be. Now, Trump and the mass-murderers that run the NRA need to find something convenient to give up to quell the outrage. A bump stock ban is being floated by the very people who blocked it before. Want to bet on its chances of passing?

Americans have become used to gun massacres. So much so that we can recite from memory the names of the killing grounds.

Banning assault weapons, whose ONLY purpose is to kill as many people as possible in the shortest period of time, is a clear imperative. We now have deranged gun owners seeking the title in their own sick Guinness Book of Records of who can shoot down the most people. Trust me, today they are still out there ready to murder and maim.

So most of us over 30 cynically believed that nothing would change after the Stoneman Douglas Massacre and we are wrong. Once again, as history has so often shown us, the young are leading the way to a time of new hope in which it may actually be possible to outlaw assault weapons. The words of these amazing, articulate and powerfully determined students have captured the imagination of the world. The students have refused to buy into the cynicism and despair and without waiting for approval or permission take charge and are leading the charge back to sanity.

Will they be successful? History teaches us that they have a pretty good chance.

In the early 1960s, time and time again the United States Government refused to end segregation and allow African-Americans to vote. Despite decades of lynchings, fire bombings, arrests and beatings, the Congress resisted civil rights bills to integrate public accommodations and guarantee every American the right to an unhindered vote. Students led by amazing leaders like Diane Nash rose up and headed South on Freedom Rides that captured the attention of Americans and the world.

When Dr. Martin Luther King Jr. could not convince the adults to take risks, face arrests and demand equality in Birmingham in 1963, thousands of students left their high schools and faced fire hoses, dogs, arrests and severe beatings. The adults were shamed into action.

In the  late 60s when once more, the old were leading us to a war in Vietnam that would kill over 55,000 young soldiers, it was the students who protested, marched and fought to bring their brothers and sisters back home. The anti-war demonstrations organized by students that swept the nation helped to finally end a war that should have never been waged and never could be won.

So once again a chorus of young voices from our young are calling us to our better nature. They know like those before them that their lives are the ones that are at stake. They will no longer accept the unacceptable and they believe with all their hearts they can hold our political leaders accountable. Many will turn 18, eligible to vote in the 2018 elections and I am convinced that we will see record turnouts among the young.

What should we do to support them? Make sure we stay out of their way and don’t attempt to impose old ideas on their new movement. Turn out and march with them. Pay for buses so that they can go to Washington on March 24th. If you can’t go to Washington that day, then join them in organizing demonstrations across the nation.

Listen to their voices and learn from them. Admire their courage and emulate it. Let them give us back the hope that we had lost.

“When I despair, I remember that all through history the ways of truth and love have always won. There have been tyrants and murderers, and for a time, they can seem invincible, but in the end, they always fall. Think of it — always.”