You are here: Home / Shooting Victim’s Father Confronts Rubio: ‘Your Comments Have Been Pathetically Weak’ – WATCH 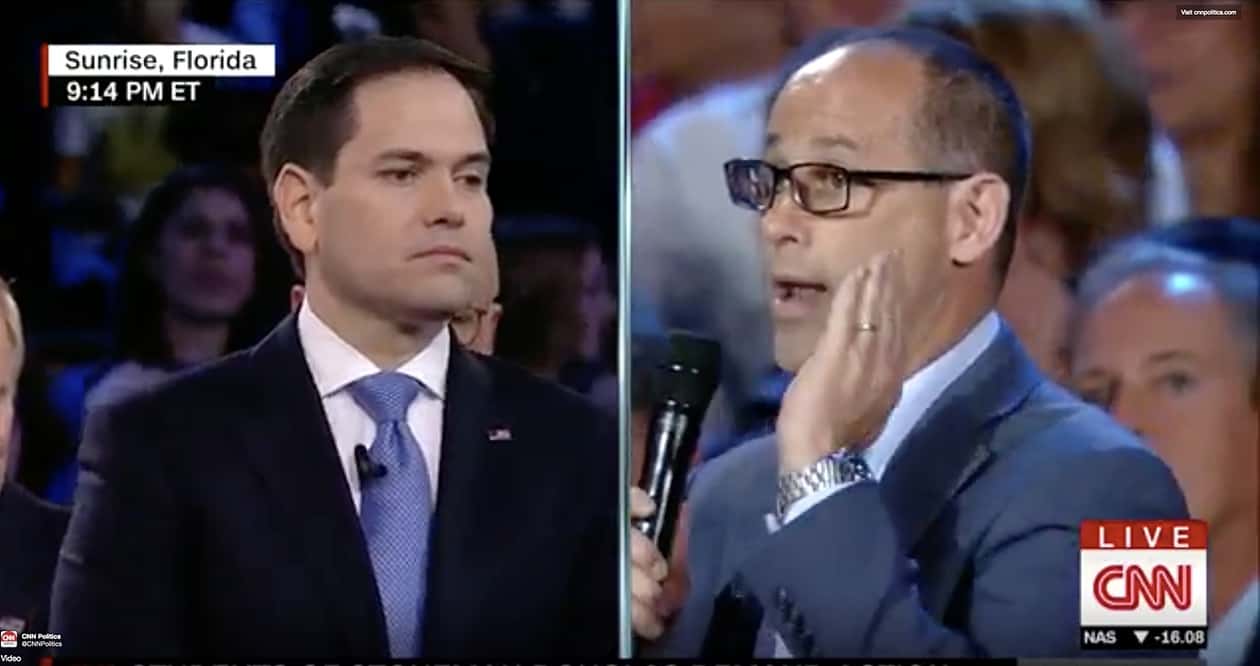 Said Guttenberg: “When I like you, you know it, and when I’m pissed at you, you know it. Your comments this week and those of our president, have been pathetically weak. So, you and I are now eye to eye. Because I want to like you. Look at me and tell me guns were the factor in the hunting of our kids in this school this week, and look at me and tell me you accept it, and you will work with us to do something about guns.”

Rubio was then booed as he explained he would repeat what he said this week: “I’m saying the problems that we’re facing here today cannot be solved by gun laws alone and I’m going to tell you what we’ve done already and what I hope we’ll do moving forward.”

Pressed Guttenberg: “Were guns the factor in the hunting of our kids?”

Said Rubio: “Absolutely, of course they were.”

Rubio continued that he would work on improving gun background checks, banning bump stoccks, and setting a minimum age for gun purchases.

Sen. Rubio is confronted by Fred Guttenberg, whose daughter was killed in the Parkland shooting: “Look at me and tell me guns were the factor in the hunting of our kids … and you will work with us to do something about guns” #StudentsStandUp https://t.co/vjDOxP1usk

Previous Post: « On Gun Control, Once Again The Young Will Save Us
Next Post: Recovering Addict Says He Was Raped in Rehab, Covered in Feces for Being Gay »