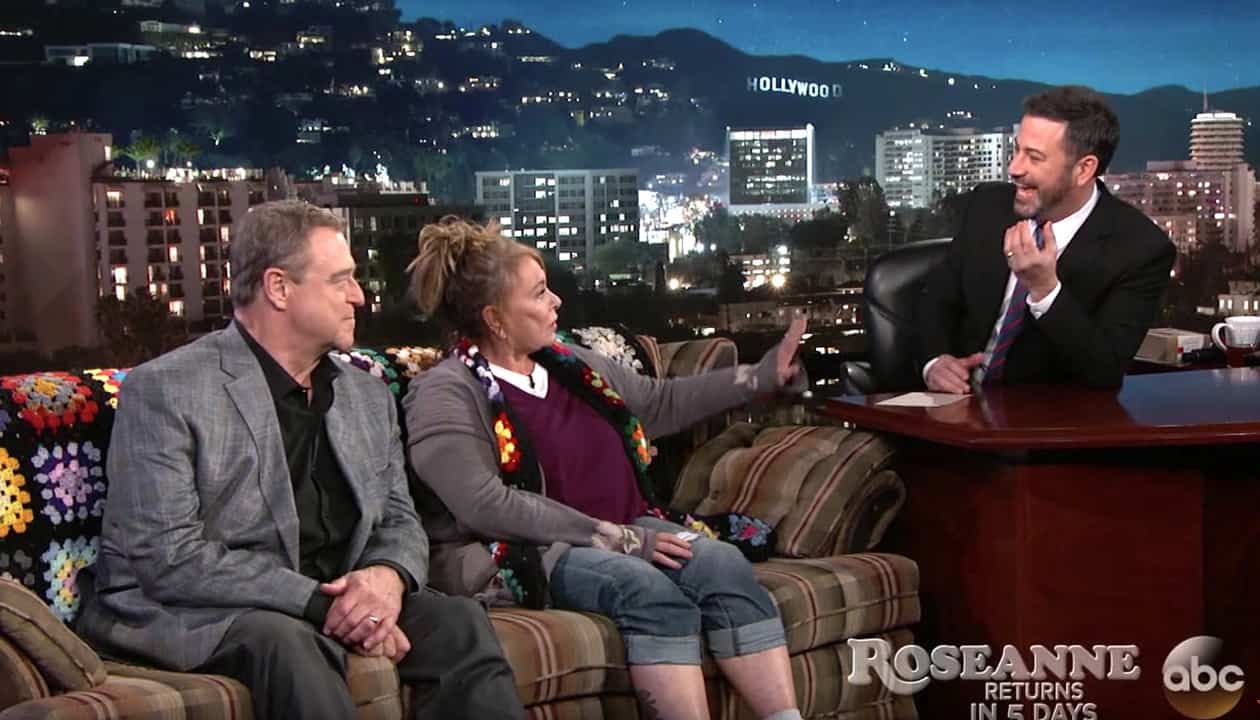 Roseanne Barr appeared on Jimmy Kimmel last night to promote the Roseanne reboot which premieres four days from now. She also defended her support for Trump.

Said Barr, after Kimmel tells her he’s “shocked” that someone so socially liberal and a former friend of Hillary Clinton would vote for Trump: “I’m still the same! You all moved. You all went so f**kin far out, you lost everything. I mean seriously, a lot of your audience, and including me… a lot of us, no matter who we voted for, we don’t want to see our president fail, you know? Because we don’t want Pence.”

“You want Pence? You want Pence for the fricking president?”, she continued. “Then you zip that f**king lip.”

Kimmel praised Barr for depicting a family that is split politically in the new show.