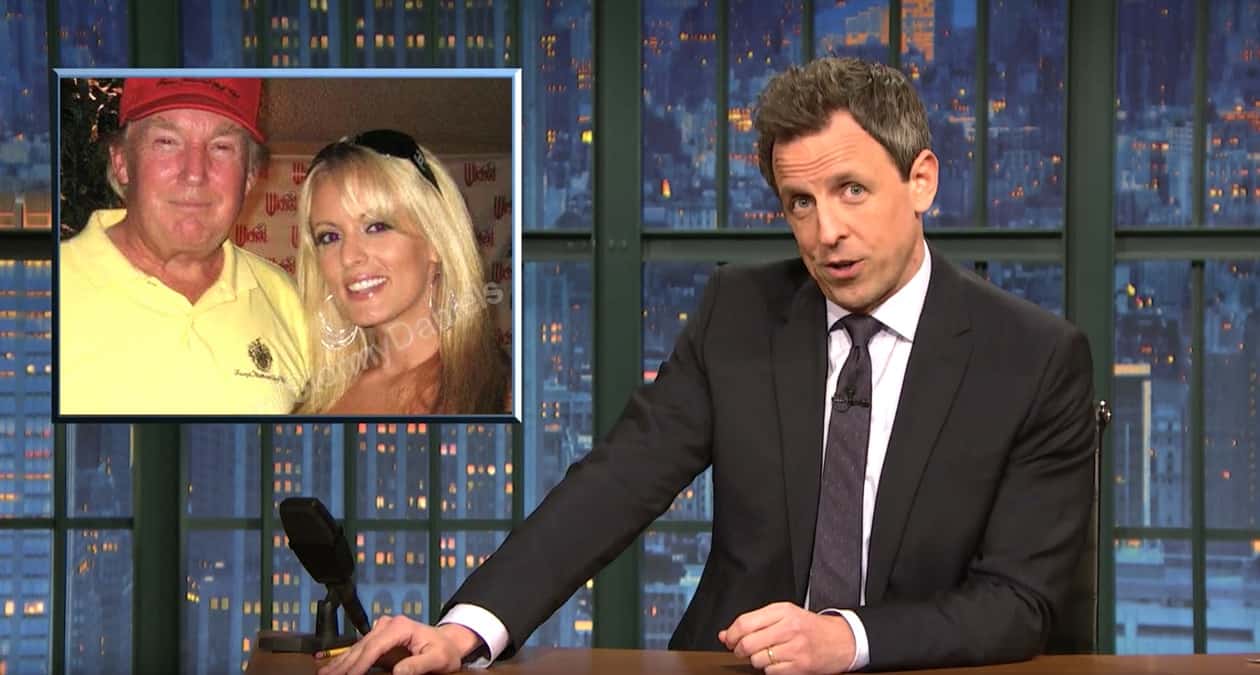 Seth Meyers took a deep dive into Trump’s call to congratulate Putin for his rigged reelection despite the advice of his closest advisers.

Added Meyers: Given Russia’s election meddling and their recent chemical attack in the UK, you’d think now would be a bad time to cozy up to Putin, and yet after his White House specifically made a point of saying Trump had no intention to congratulate him, Trump told reporters yesterday that he had called Putin to congratulate him….Trump ignored specific warnings from his national security advisers … including a section in his briefing materials in all capital letters stating ‘DO NOT CONGRATULATE’. Man they even put it in all caps. That’s Donald Trump’s native tongue.”

He continued: “Not only did Trump ignore the advice, he went 180 degrees in the other direction. They told him not to congratulate Putin and instead he invited Putin to a get-together. That’s like if your wife says, ‘Your buddy Carl creeps me out, I don’t want him hanging around here anymore,’ and you said, ‘OK, totally got it, get it, problem solved—asked him to move in with us.’”

Previous Post: « Charlotte Councilmember Asks What to Do with Revealing Grindr Photos of a Hypocritical Candidate
Next Post: Rex Tillerson Applauded for Veiled Nod to ‘Mean Spirited’ Trump Dismissal: WATCH »