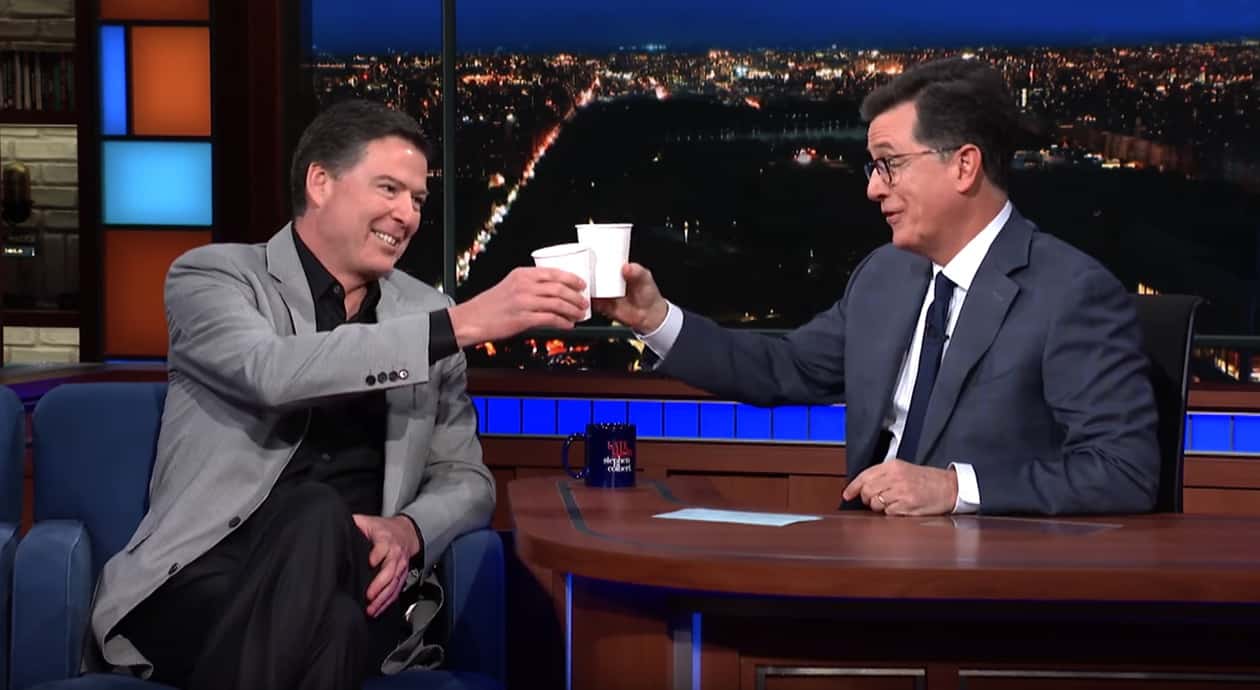 Right on schedule this morning, Trump tweeted, proving Comey’s point: “Slippery James Comey, the worst FBI Director in history, was not fired because of the phony Russia investigation where, by the way, there was NO COLLUSION (except by the Dems)!”

Trump is contradicting himself BTW…

This contradicts what Trump said in his Lester Holt interview last May. Trump said he had decided to fire Comey and explained his reasoning: "This Russia thing with Trump and Russia is a made-up story." https://t.co/iqYIf8nPYQ

Comey also spoke to Colbert about his new book, A Higher Loyalty, the Clinton email investigation, and telling Trump about the infamous ‘golden showers’ dossier.