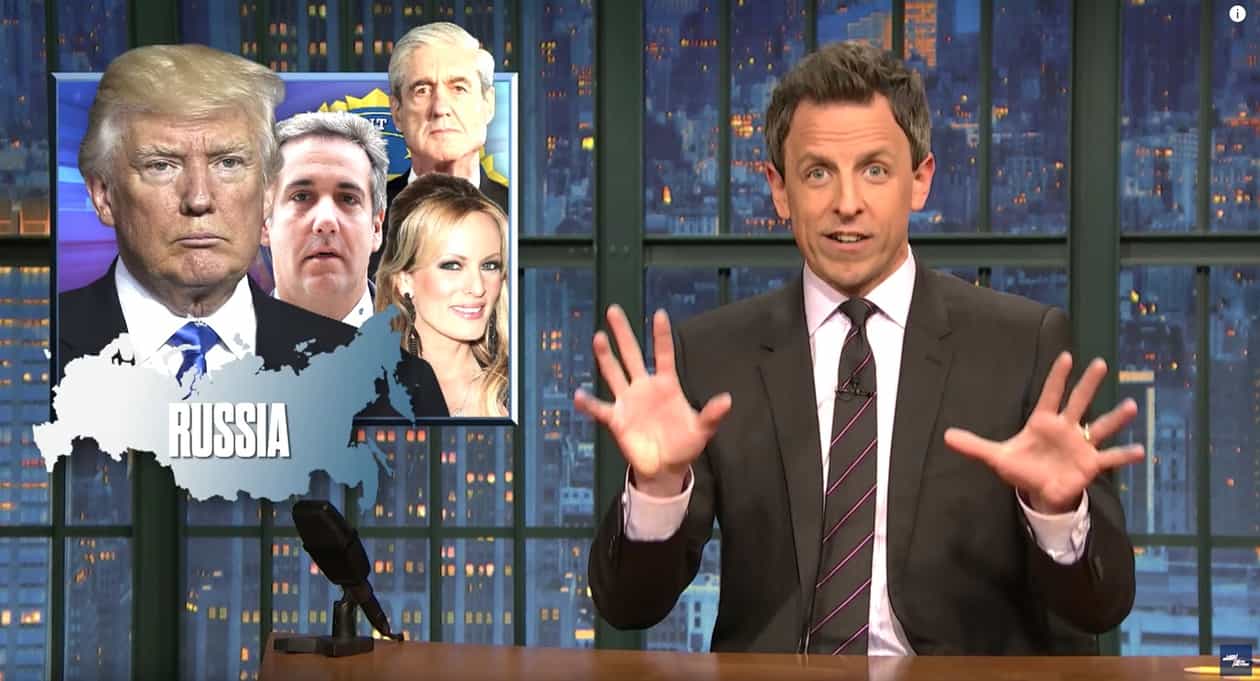 Said Meyers: “Wow, so just to recap, the F.B.I., an organization Trump has attacked for months, raided the office of Michael Cohen, his longtime personal fixer, and seized tax documents, which he has repeatedly refused to release, related to campaign finance violations during the election involving Stormy Daniels, the porn star he allegedly had an affair with, on a referral from Robert Mueller, the special counsel in the Russia investigation. This is like the series finale of a TV show where they try to tie all the different plot lines together. ‘Oh, it’s Michael Cohen, from Season 1! What’s he doing in this episode?’”

Aded Meyers: “If Trump ever goes on trial they’re going to call characters from previous episodes into the courtroom like the last episode of Seinfeld.”

And the gravity of the situation wasn’t lost on the Late Night host:

“One lawyer told The Washington Post, ‘You can’t get much worse than this, other than arresting someone’s wife or putting pressure on a family member. … This strikes at the inner sanctum: your lawyer, your C.P.A., your barber, your therapist, your bartender. All the people who would know the worst about you.’ And if there’s anyone who knows the worst about Trump, it’s his barber.”