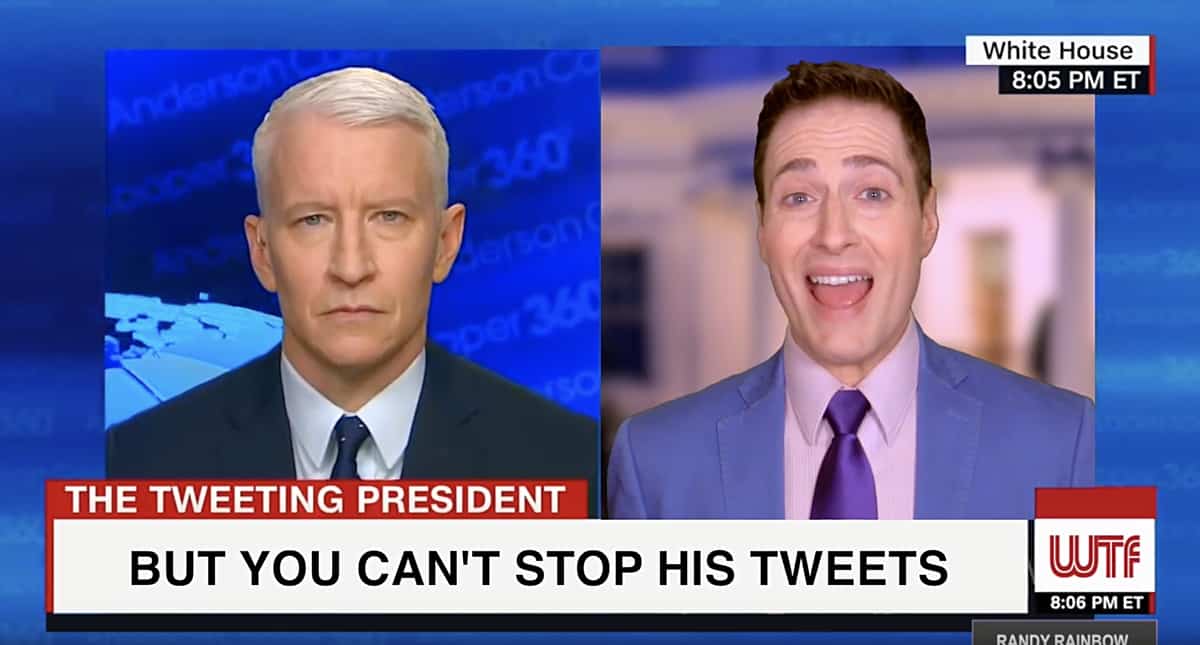 Randy Rainbow delivers some of his most incisive lyrics in the new Trump insanity anthem “You Can’t Stop His Tweets” which twists the well-known Hairspray track “You Can’t Stop The Beat” into an hilarious yet terrifying commentary on our sad inability to stop Trump from tweeting.

Sings Rainbow: “You can’t stop his Twitter temper tantrums when he finally snaps / They’re like an email from your grandma written only in CAPS / And you can try to break his phone but still he violently taps away / Cause he can’t help to pander to his pals and pick on low hanging fruit and so he criticizes Oprah while he praises Putin / You can spank him with a magazine and buy him a new toupee / But you can’t stop his tweets.”

Previous Post: « SNL’s Weekend Update Destroys Mark Zuckerberg Ahead of Capitol Hill Testimony
Next Post: This is How Homophobia Feels in 2018: WATCH »