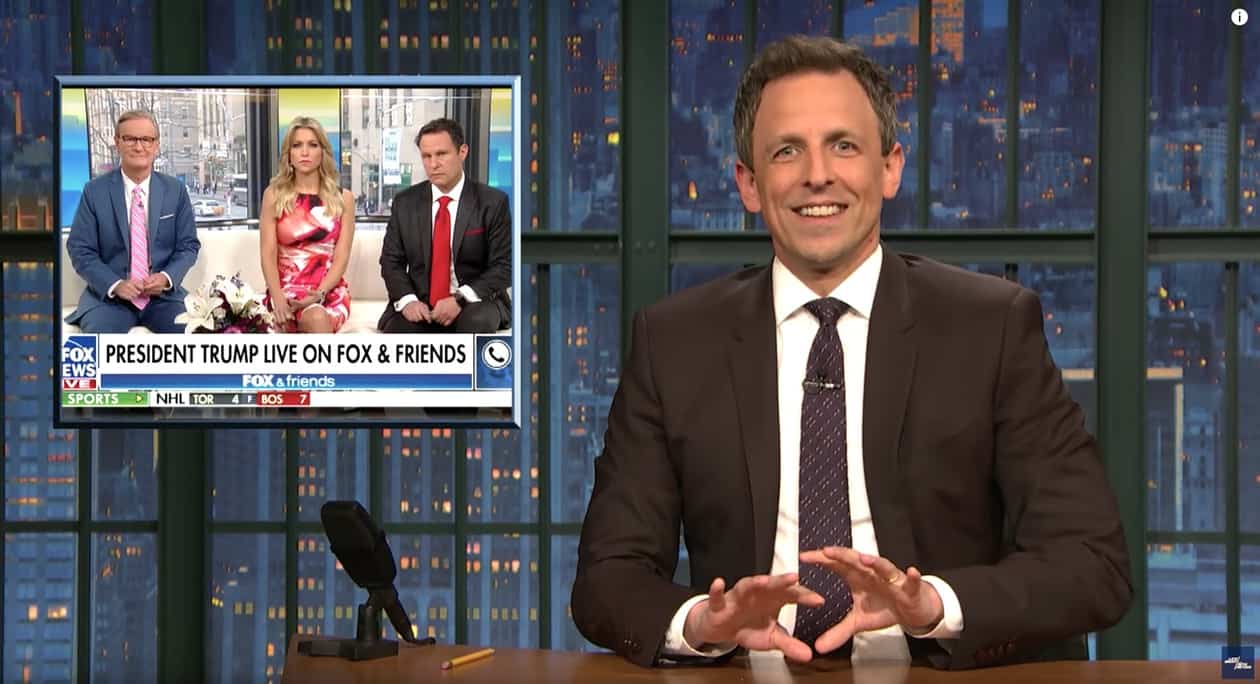 Said Meyers: “I’m sorry but Donald Trump does not have ‘dragon energy’, unless you mean ‘dragon his fat ass around the golf course’ energy.”

FOX & Friends actually cut off the president of the United States, telling him “we’re running out of time.”

Quipped Meyers: “That was the first time in history that a TV show had to change its number because of a stalker.”

Meyers pointed out the way the F&F hosts’ faces looked as Trump ranted on during the 30-minute interview: “That’s the way scientists who test zombie viruses on monkeys look when they see the cage is open and the monkey is gone.”

Meyers also looked at Trump’s flips on the Stormy Daniels case: “Can you imagine Trump in court? The prosecution wouldn’t even need to be there. He can just cross-examine himself.”

And Michael Cohen has told a judge he will plead the fifth amendment. Meyers then played a montage of clips in which Trump declared everyone who pleads the fifth guilty.

Previous Post: « Trump: ‘Kanye West Has Performed a Great Service to the Black Community’ by Supporting Me
Next Post: Hats Off to a Stellar Episode of ‘RuPaul’s Drag Race’ [RECAP and RANKINGS] »