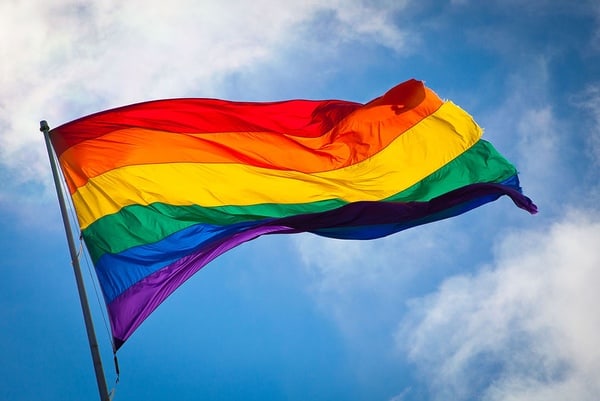 There has been a substantive increase in the number of Americans identifying as LGBT according to new data from Gallup:

Gallup’s LGBT estimates are based on those respondents who say “yes” when asked, “Do you, personally, identify as lesbian, gay, bisexual or transgender?” Extrapolation to the latest census estimate of adults 18 and older in the U.S. suggests that more than 11 million adults identify as LGBT in the country today.

Other data released shows the highest level of support ever for same-sex marriage:

Sixty-seven percent of Americans support same-sex marriage — the highest level in Gallup’s trend. In each of the past three annual polls, Gallup has recorded three-percentage point increases among Americans who say same-sex marriages should be legally valid. The current figure is up 40 percentage points from the 27% who supported gay marriage when Gallup first polled on the question in 1996. 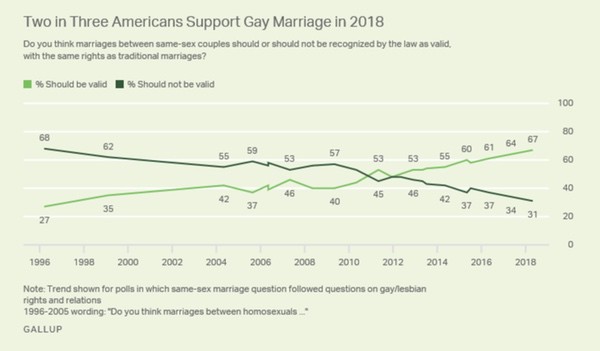 Previous Post: « Seth Meyers: Trump is Like a ‘Wasted Pilot’ and Somebody Needs to Tell Him the Plane is Upside Down – WATCH
Next Post: Older Gay Men Try to Interpret Young Gay Slang: WATCH »