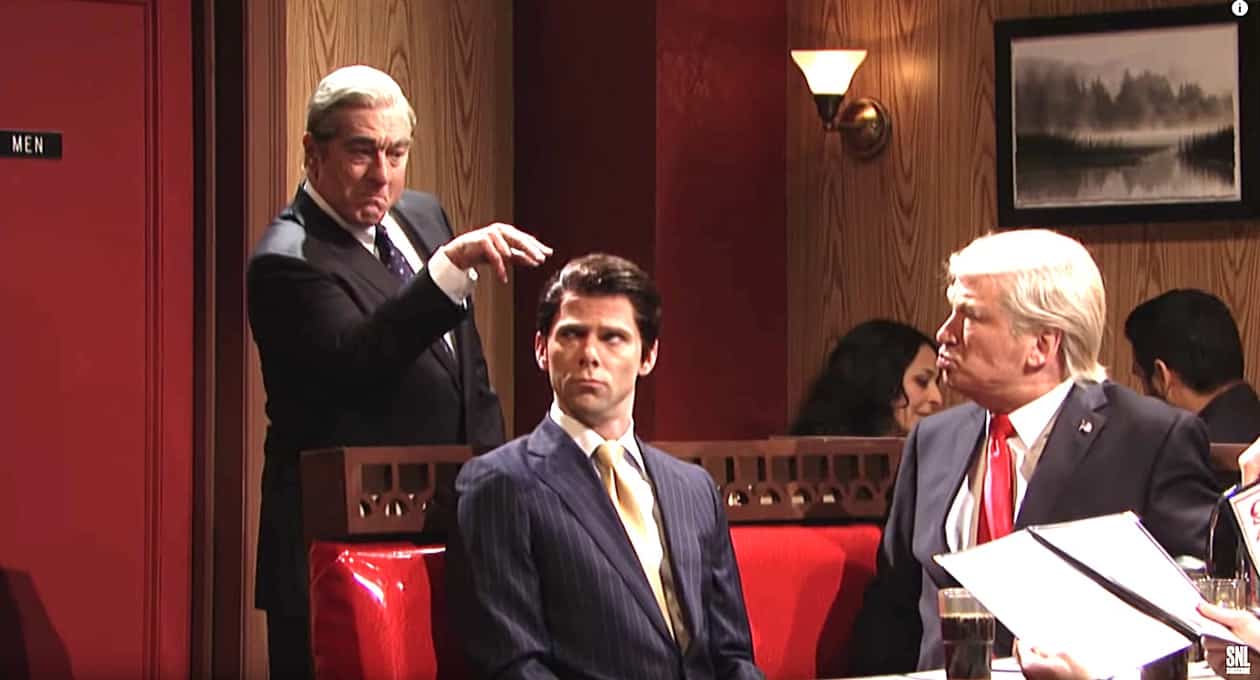 Whispers Baldwin’s Trump, nodding at DeNiro’s Mueller, as his flunkies loudly plot additional means of evading the law: “Am I the only one that sees that guy?”

Previous Post: « Gay Couple Ordered Out of Lyft Car After They Kiss
Next Post: SNL Takes a Hilarious Trip Inside the Royal Wedding Reception: WATCH »