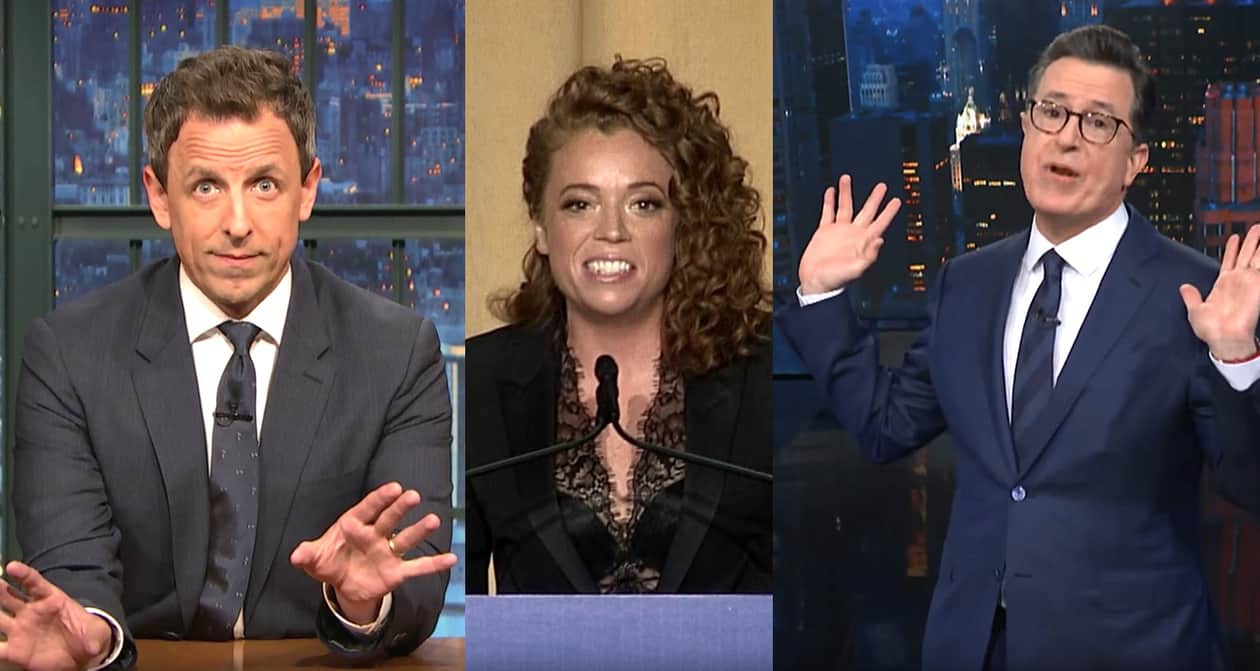 Seth Meyers blasted the White House Correspondents’ Association over its rush to disassociate itself from Michelle Wolf, the comedian it hired to roast the White House, but first Meyers noted that Trump remembered his performance at the same event.

Trump, in his criticism of Wolf, had taken the time to slam Meyers’ “weak performance” when he had roasted Trump.

“Oh good,” said Meyers. “It’s always nice when the Eye of Sauron is upon you.”

Said Meyers of Wolf: “She is filthy and she is mean, which is what we love about her, because those are wonderful qualities for comedians and terrible qualities for free world leaders.”

Meyers noted that the WHCA put out a statement when they announced Wolf as the event’s key speaker, noting, “Our dinner honors the First Amendment and strong, independent Journalism. [Michelle’s] embrace of these values and her truth-to-power style make her a great friend to the WHCA.”

But last night, the WHCA put out a statement denouncing Wolf, writing: “Last night’s program was meant to offer a unifying message about our common commitment to a vigorous and free press while honoring civility, great reporting and scholarship winners, not to divide people. Unfortunately, the entertainer’s monologue was not in the spirit of that mission.”

Gasped Meyers: “You hired her!….That’s like a parent sending an email saying ‘yesterday’s birthday was meant to celebrate Kevin turning six years old. Unfortunately, the stripper’s dance routine was not in the spirit of the party.”

Stephen Colbert also had some harsh words for the WHCA.

Colbert said the WHCA “put Wolf under the front of a bus” and drove over her.

Said Colbert: “Look, you didn’t like, you have that right. Don’t invite her back again, but grow a pair. This was a roast! And you’re the ones who hired Michelle Wolf! Being mad at her for doing her job is like accusing the valet of briefly stealing your car. And stop acting like you’re surprised. I thought news people did research! But you’re telling me you couldn’t spend 90 seconds on YouTube to find out what her act was like? As a great man once said, ‘Fake News.'”