Fashion designer Christian Siriano and Brad Walsh have separated after almost two years of marriage, Walsh revealed in an Instagram story (below) on Monday.

Wrote Walsh: “Bit more than a month ago my husband and I separated. I was contacted by a writer for a website who somehow found out, so rather than let them break it, I’m telling you myself. It’s nobody’s business and I don’t want to discuss, but that’s what up.”

The couple was together for 11 years and married in July 2016. 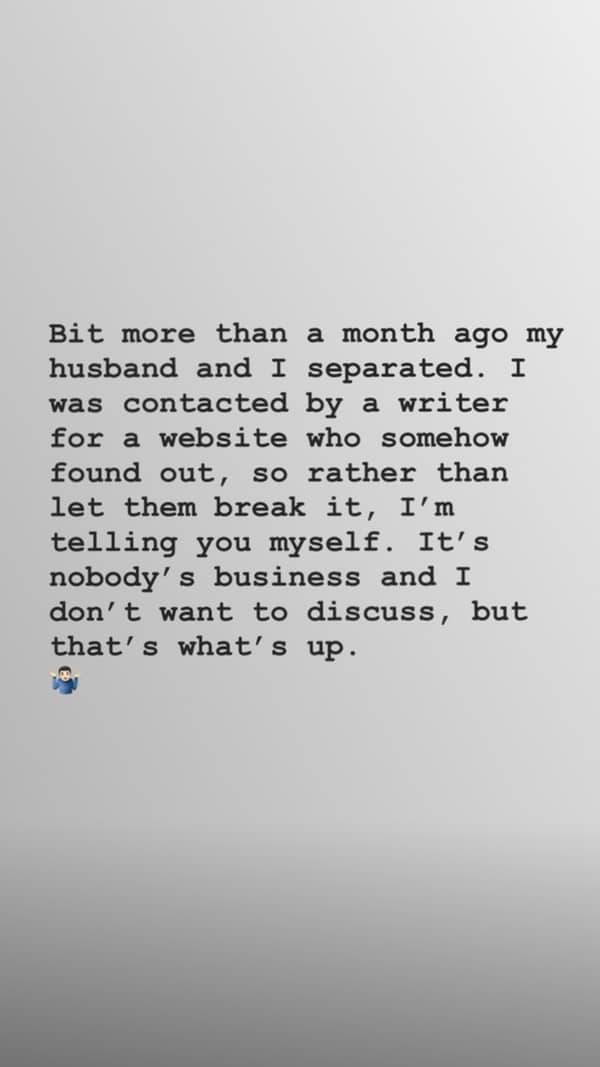