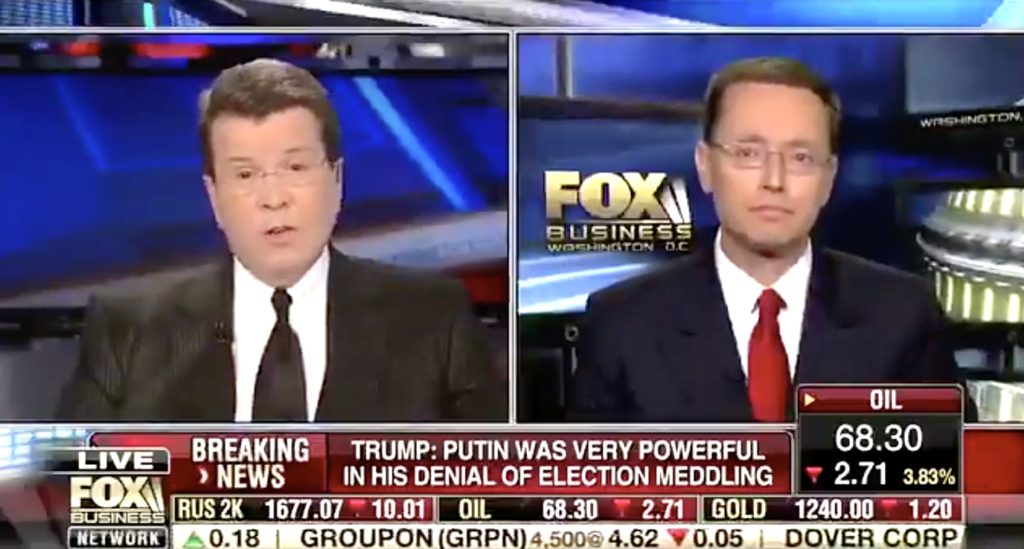 FOX Business host Neil Cavuto responded to a guest on his show ‘Your World’ who said that the Putin summit was Trump’s opportunity to “look Putin squarely in the eye and say ‘you will be punished for what you did in 2016 and don’t ever think about doing that again.'”

Interjected Caputo: “But he didn’t. And that’s what made it disgusting, that’s what made his performance disgusting. I’m sorry, it’s the only way I feel. It’s not a right or left thing to me, it’s just wrong. A US president on foreign soil talking to our biggest enemy, or adversary, or competitor … is essentially letting the guy get away with this and not even offering a mild criticism. That sets us back a lot.”

Cavuto added, later: “I don’t think you get a second chance to make a good first impression at a stage and venue like this… I just found that Vladimir Putin appeared to run circles around the President and get him to buy––that is the guy standing next to him hook line and sinker––every single sneaky lie and misstatement he has made on this matter.”