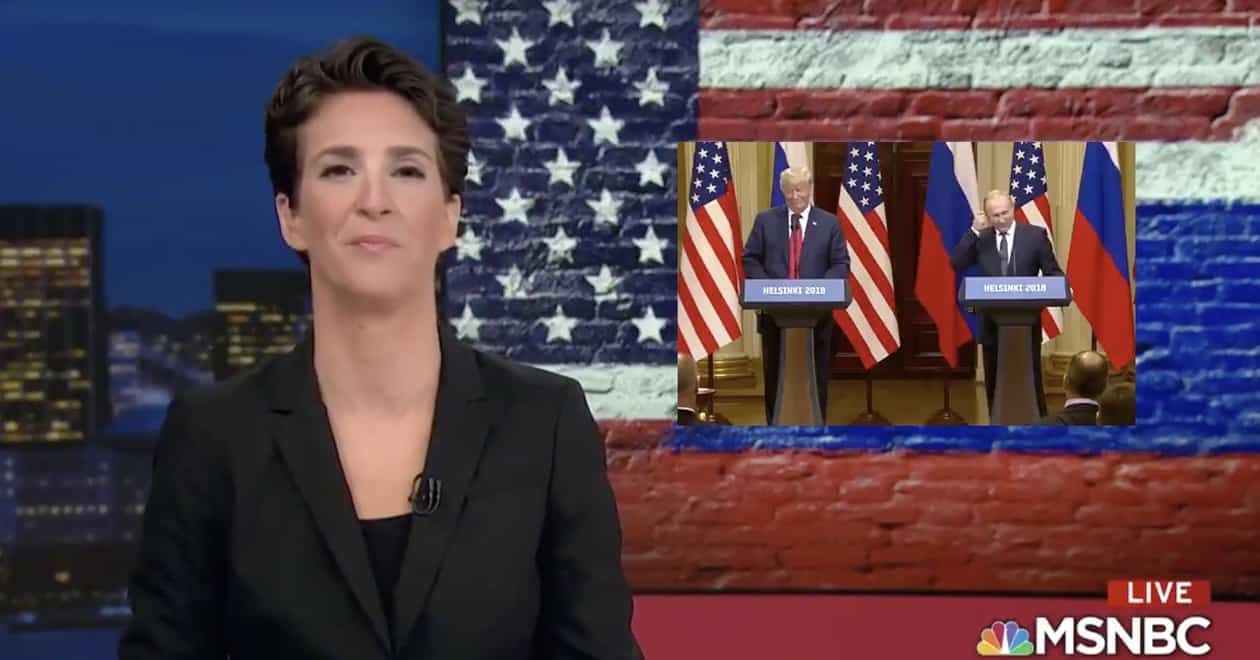 Rachel Maddow noted the cut on her show on Tuesday night.

Putin: “Options abound. And they all can be found in an appropriate legal framework.”

Reuters: “Mr. President, did you want President Trump to win the election? And did you direct any of your officials to help him do that?

Maddow: “That’s the real one. Now watch what the White House has posted online instead.”

Putin: “Options abound. And they all can be found in an appropriate legal framework.”

Reuters reporter: “And did you direct any of your officials to help him do that?
bq. President Vladimir Putin: “Yes, I did. Yes, I did.”

This is purposeful disinformation from an American president that is indistinguishable from how autocratic regimes wield information as a weapon against their own populace. pic.twitter.com/yYmCuKAc8u

As he pored through this development, John Heilemann decried the administration for their “absolute desire to try to be as anti-transparent as possible.” Heilemann also ripped the White House for editing their video of the Putin press conference to further the disinformation they’re spreading with their “faked records” on the transcript.

“I am always hesitant to invoke Orwell, because it’s too easily invoked, but this is across the board, it all adds up to a genuinely orwellian set of circumstances happening in the White House.”

Associated Press reporter Jonathan Lemire was also on the panel, and he noted that without any readouts, the public and the media will only learn about Trump’s diplomatic conversations through the lens of foreign governments. This means that the Trump Administration won’t be able to effectively control the narrative as negotiations take place.

“You’ve been talking about how Orwellian this is, and I think that’s the right word,” conservative commentator Max Boot said. “[He’s] re-writing the past. Now of course he’s doing it in such a ham-handed and ridiculous way. I really don’t know who they think they’re going to fool unless it’s Fox News viewers, who seem to be endlessly gullible and willing to accept whatever the president says.”

“I want to make clear — this is literally Orwellian,” CNN’s John Bermansaid.