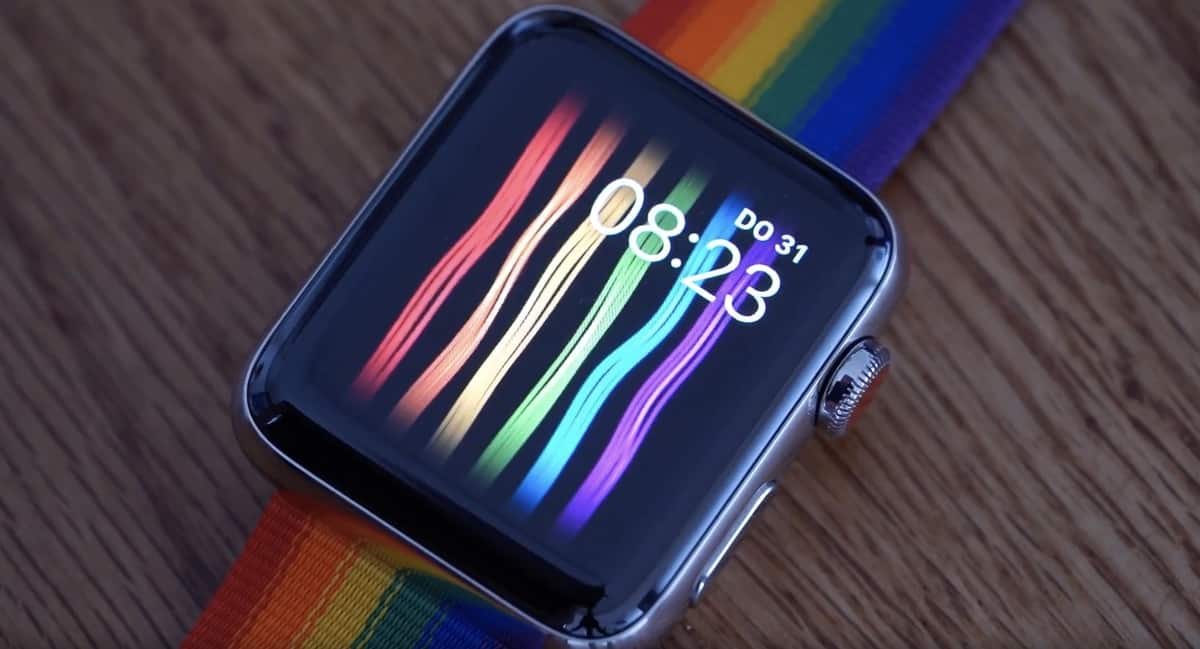 Apple blocks its LGBTQ Pride rainbow watch face in Russia, it has been discovered. Russia has a law banning gay propaganda for minors, but it’s unclear if avoiding legal jeopardy is the company’s reason for blocking the face.

The Verge reports: ‘While Apple regularly touts its “unwavering commitment to equality and diversity” in highly-produced gay pride videos, the company has its limits. iOS developer Guilherme Rambo has discovered that the pride Apple Watch face is “hardcoded to not show up if the paired iPhone is using the Russian locale.” Reddit users and Apple support forum users have been questioning the lack of a pride watch face in Russia over the past couple of months. The Verge has tested this on an iPhone running the latest iOS 12 beta, and the pride watch face simply disappears once you switch to the Russian locale.’

Previous Post: « Eminem Under Fire for Using Homophobic Slur on New Surprise Album ‘Kamikaze’
Next Post: ‘1985’ May Feel Hauntingly Familiar to Gay Men of That Generation Who Lived Through It: WATCH »