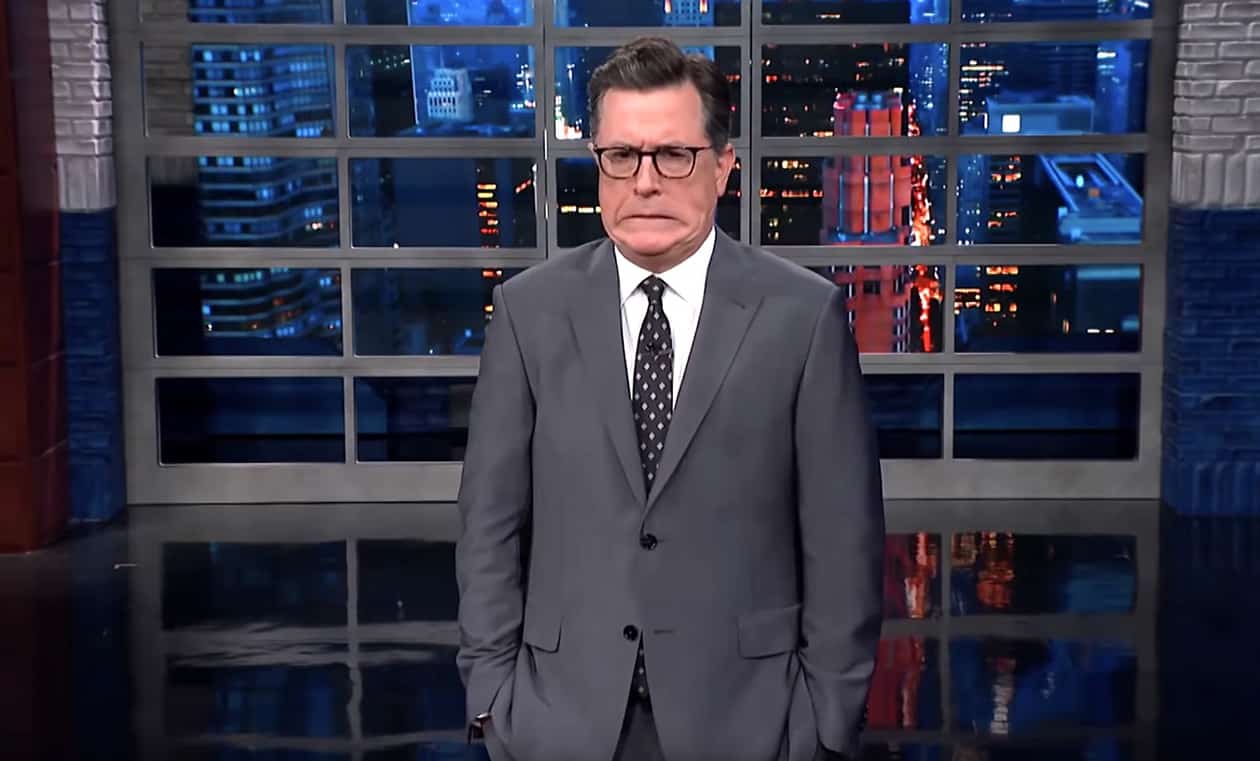 Stephen Colbert delivered a blistering monologue on all the ‘Unhinged’ activity, riffing off the revelations in Omarosa’s multiple TV appearances and book excerpts.

Introed Colbert: “Yet another close adviser to President Trump has betrayed him. The White House is basically a reboot of The Last Supper: Oops All Judases.”

He commented on Omarosa’s book title, Unhinged, and said he originally thought she was describing “what Stephen Miller does with his jaw to eat his breakfast gazelle.”

Colbert also reacted to Omarosa’s statement that she heard the tape of Trump saying the N-word.

Said Colbert: “This is huge. Finally, we have proof that the guy who refused to rent to black tenants, said that a Nazi Klan rally had some ‘fine people,’ and called Africa a sh*thole — is a racist. Tear up your history books. Rewrite the history books. We didn’t know!”

And her assertion that she saw Trump eat a piece of paper from his desk in the Oval Office: “Well, the hunt for Trump’s tax returns just got way grosser.”

Colbert also expressed shock that Chief of Staff John Kelly fired Omarosa in The Situation Room and threatened her reputation.

Replied Colbert: “General Kelly, you work for Donald Trump. I wouldn’t worry about other people’s reputations.”

He later noted: “The media’s been all over Omarosa’s Omaroasting of her former boss, but while they’re reporting on it, they’re also dismissing her as unreliable…Yes, she’s a liar and a backstabber with no credibility — exactly like everyone else in the Trump administration. … She’s not below anyone else in the White House. She and General Kelly may have completely different pasts, but they have exactly the same future. You can never scrub off the Trump stank.”