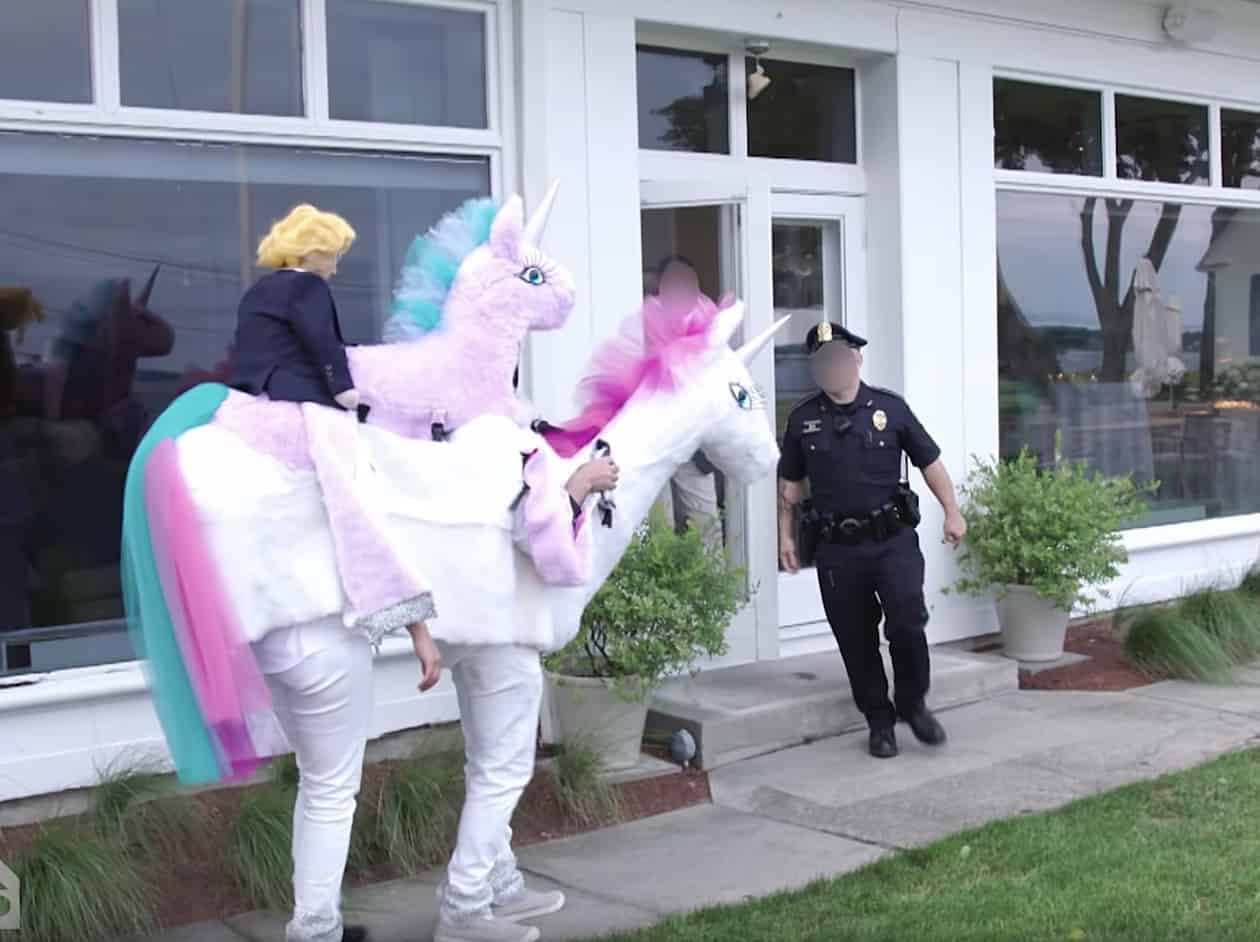 Bee’s correspondents were somewhat successful in making their point, asking the former Trump staffer, “How do you feel about profiting off of lying to the American public?” And, “Any advice for the young people who want to make a profit off of corroding the truth?”

One even got a picture with him, after asking, “Is it weird now to watch Sarah Huckabee Sanders do the press conferences? Do you feel like a little, ‘oh, man, I wish I was up there trickin’ the press?'”

But Bee certainly got Spicer’s attention when her team showed up at a country club event in a  “Trump is a unicorn riding a unicorn over a rainbow” costume, which is a quote directly from Spicer’s book.