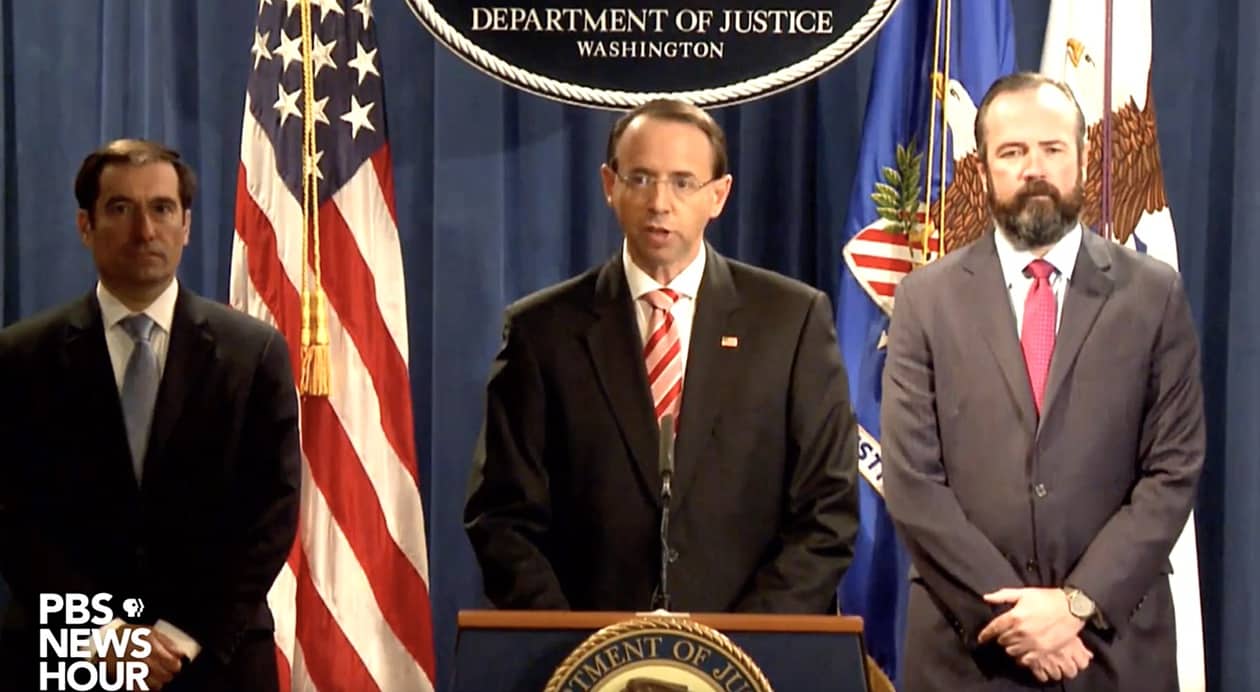 NBC News’ Pete Williams reports that Rosenstein is currently on his way to the White House to say that he will not resign and will need to be fired if Trump wants him out.

WATCH: @PeteWilliamsNBC provides his analysis and insights after Deputy AG Rosenstein is summoned to the White House. pic.twitter.com/vVYBJJsXYe

The NYT: “It was not immediately clear whether he expected to be fired by Mr. Trump or whether he planned to resign. Justice Department officials said on Monday morning that he was on his way to the White House expecting to be fired. But over the weekend, Mr. Rosenstein called a White House official and said he was considering quitting, and a person close to the White House said he was resigning. It was also unclear whether Mr. Trump would accept a resignation that would likely thrust the administration into further turmoil just weeks before November’s midterm elections.”

The new comes in the wake of a New York Times story on Friday reporting that he talked about secretly recording Trump and recruiting cabinet members to invoke the 25th Amendment and declare the president unfit. NBC News spoke to Justice Department officials following the NYT report who said that Rosenstein was joking.