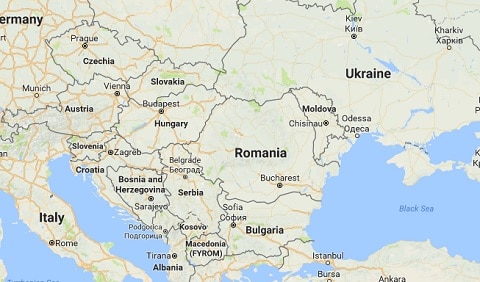 Romania’s highest court has ruled that gay couples should have the same family rights as straight couples in a ruling preceding a referendum looking to ban same-sex marriage.

The AP reports: ‘The Constitutional Court ruled that same-sex couples had the same rights to a private and family life as heterosexuals and should “benefit from…. legal and juridical recognition of their rights and obligations.” The Oct. 6-7 referendum is seeking to limit the constitutional definition of family to heterosexual, married couples.’

AFP adds: ‘Thursday’s ruling was in a case brought by a US-Romanian couple who had asked the authorities to recognise their marriage, registered in Belgium, so the American could move with his husband to Romania. The constitutional court based its judgment on a ruling issued in June by the Court of Justice of the European Union. Romania is a very conservative country where most people are members of the Orthodox Church, and only legalised homosexuality at the beginning of the 2000s.’

BIRN reports: ‘Judges ruled that the issue falls under the terms of the protection of the fundamental right to a private and family life as guaranteed by Article 7 of the Charter of Fundamental Rights of the EU, Article 8 of the European Convention for the Protection of Human Rights and Fundamental Freedoms and Article 26 of the Romanian constitution.’