DIRTY TRICKS. Rachel Maddow looks at bad Republican behavior ahead of the midterms. ‘Maddow went on a tear about various Republican efforts to trick or intimidate people out of voting throughout history. She described how this history of “intimidation and threatening behavior and threatening messaging” existed not only in the recent past but as far back as the 1920s when a biplane dropped leaflets over minority districts that attempted to intimidate African American voters from going to the polls.

BABY CAN I HOLD YOU. Tracy Chapman says Nicki Minaj stole her song.

WORLD SERIES. Boston and L.A. Gay Men’s Choruses make bet: ‘If the Boston Red Sox defeat the Los Angeles Dodgers in the fall classic, the LA Chorus will perform Neil Diamond’s “Sweet Caroline,” a tradition at Fenway Park. If the Dodgers are victorious, BGMC will perform Randy Newman’s “I Love LA” and make it available online. The winner will also make a donation to GALA Choruses, the North American association serving the LGBTQ choral moving, for its work supporting emerging LGBTQ choruses.’

SANDRA DAY O’CONNOR. Former SCOTUS justice retires from public life: “O’Connor, the first woman to serve on the Supreme Court, announced Tuesday that she had been diagnosed with the beginning stages of dementia “some time ago,” and likely has Alzheimer’s disease.

HERE WE GO AGAIN. Trump to meet with Putin in Paris: “President Donald Trump will meet with his Russian counterpart Vladimir Putin in Paris sometime in November — National Security AdviserJohn Boltonconfirmed to reporters on Tuesday. The meeting will be the second one-on-one between the two leaders.”

CARL BERNSTEIN. Trump may declare midterms “illegitimate” if Democrats take House. “I talked to people…in touch with the White House on Friday who believe that if the congressional midterms are very close and the Democrats were to win by five or seven seats, that Trump was already talking about how to throw legal challenges into the courts, sow confusion, declare a victory, actually, and say that the election’s been illegitimate.”

"We have had presidents in the past who have lied … but what we have never had is a President of the United States who uses lying and untruth as a basic method to promote his policies," says @CarlBernstein pic.twitter.com/dL09dVsYMF 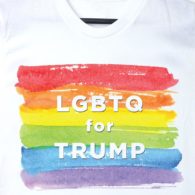 MERCH. Trump website still selling LGBTQ t-shirt. ‘The “Trump Pride Tee” is a basic white crewneck shirt emblazoned with watercolor stripes of the colors of the rainbow, over which the words “LGBTQ for TRUMP” are printed. “Show your pride and your support for Trump with this exclusive equality tee,” reads the garment’s description on the site. ‘

GRAB EM BY THE… Man touches woman’s breast twice on airline flight, says Trump said it’s ok. ‘Bruce Alexander was on a Houston-to-Albuquerque flight on Sunday when he twice leaned forward and touched the breast of a woman sitting in front of him, court records show. The woman, who wasn’t identified, told authorities she thought the first of two touchings may have been accidental, while the second clearly wasn’t.’

WON’T BE ERASED. Does Caitlyn Jenner regret her Trump vote yet? 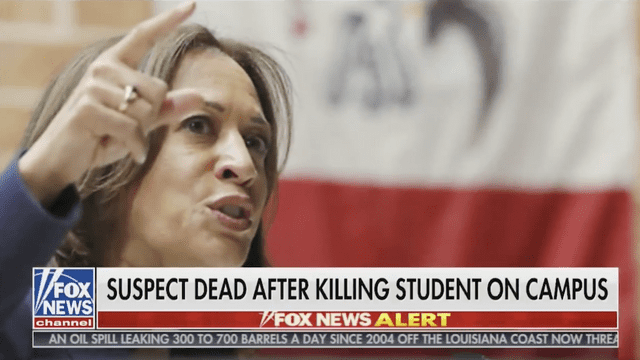 DANCING PRINCE. Prince George is really into his ballet. “George is doing dancing as well, he loves it. And it’s kind of…my mother always used to dance, she loved dancing. And if it’s something you love, you do what you love. Don’t let anyone else tell you otherwise. Keep at it.”

PAPER. Holland is making waves for queer visibility in K-Pop. ‘In January, the 22-year-old singer-songwriter (née Go Tae-seop) premiered as Korea’s first openly gay pop star. With no agency backing him (unlike so many other mainstream K-idols), he debuted “Neverland,” a jazzy mid-tempo pop track with lyrics describing his desire for a safe space for queer longing — a metaphor of pure escapism compounded by the single’s fictional title utopia. Even more notable was the music video for the song, which featured Holland and a male love interest being intimate and kissing on screen, a first for K-pop’s typical heteronormative visual paradigm. The song quickly shot to the Top 5 of Billboard‘s World Digital Sales chart.

COVER OF THE DAY. Ty Herndon ” I Wanna Dance With Somebody”

ADVOCACY OF THE DAY. Ellen Pompeo talks to Ellen DeGeneres about GLSEN and Gay-Straight alliances.