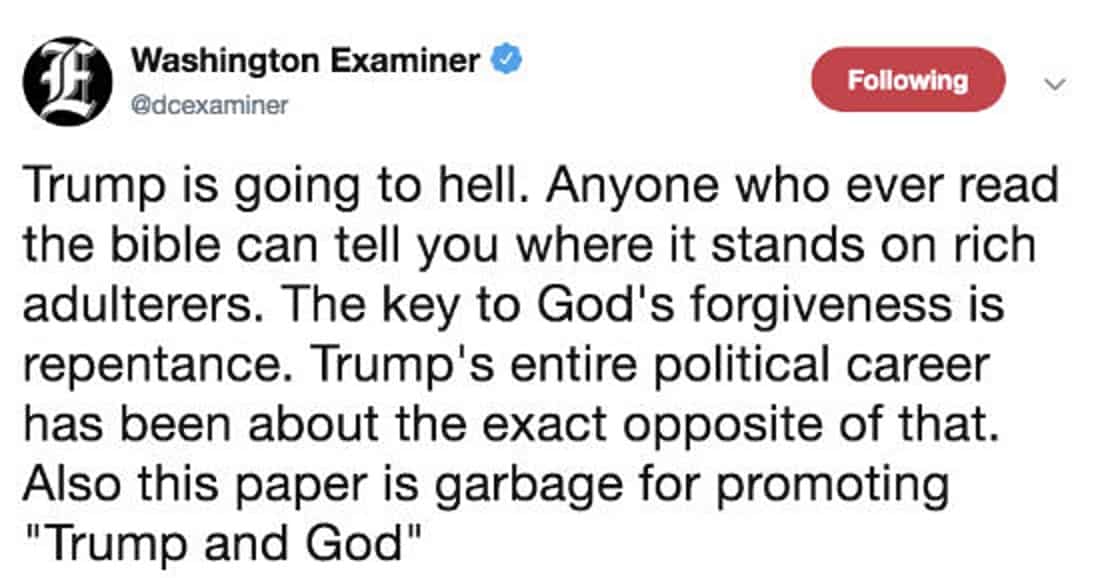 The Washington Examiner tweeted then deleted an interesting tweet on Monday morning.

Said the tweet: “Trump is going to hell. Anyone who ever read the bible can tell you where it stands on rich adulterers. The key to God’s forgiveness is repentance. Trump’s entire political career has been about the exact opposite of that. Also this paper is garbage for promoting ‘Trump and God.'”

The paper later said they were hacked.

The Washington Examiner’s Twitter feed was hacked and a tweet was posted that did not come from our staff. We are taking appropriate action and will issue a further statement if necessary.

Previous Post: « Have You Heard the LGBTQ Anthem on Barbra Streisand’s New Album?
Next Post: Is Queer Eye’s Antoni Porowski ‘Flipping Out’ Over a New Guy? »