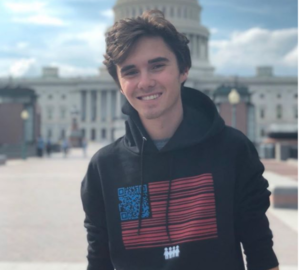 “Thank you all for the well wishes,” Hogg tweeted Saturday morning. “I’ll be attending Harvard in the fall with a planned major in Political Science.”

This prompted Fox news host Laura Ingraham who called Hogg a “crisis actor” to tweet “David Hogg Rejected By Four Colleges To Which He Applied and whines about it (Dinged by UCLA with a 4.1 GPA…totally predictable given acceptance rates.)”

This was a little over a month after surviving the shooting at his school.

Ingraham faced a backlash from viewers and more than 20 advertisers many of whom left and have not returned to her Fox News show, The Ingraham Angle.

According to The Wall Street Journal, only three big spenders have returned, including Ace Hardware (who said the company acted on “incomplete information”), Bayer, and Jenny Craig. After Ingraham’s tweet, paid ad time dropped 37.8 percent. The WSJ reports that the show has added some new advertisers and increased its number of paid ads a bit in the nine months since, they’ve yet to approach pre-tweet levels.

In a statement to Politico, Fox News claimed the ad load is being kept intentionally light to boost ratings.

The Washington Post said of Hogg: “After the shooting, he became a founding member of Never Again MSD, a group that advocates for stiffer gun-control laws. He helped organize the March for Our Lives for stronger gun violence prevention measures, which drew nearly 800,000 people to the nation’s capital.” 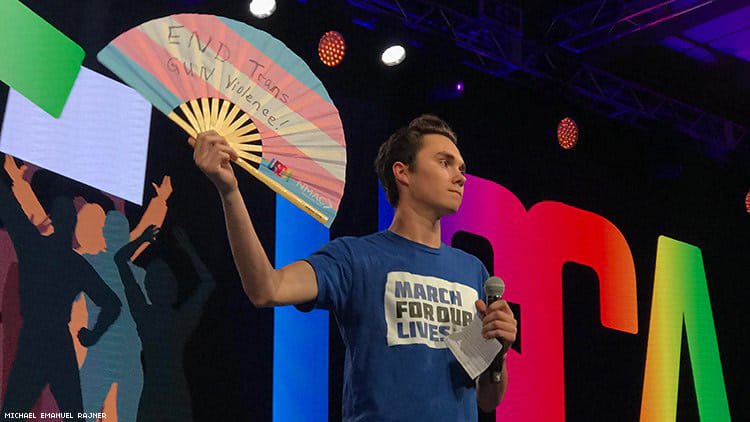 Holding a fan emblazoned with the colors of the trans pride flag and the words: “End Trans Gun Violence,” Hogg took the stage at the opening of the United States Conference on AIDS in Orlando, Florida., this September. “We’re more upset about a pair of shoes than gun violence… or HIV and AIDS,” said Hogg. His speech came just days after a conservative backlash had begun against Nike, over their new Colin Kaepernick ad.

But it’s a reminder of how Hogg draws the connection to his own trauma — almost all of the murders of trans women over the last few years have been by gun fire.

Hogg along with other Parkland survivors Cameron Kasky and Emma Gonzales helped usher in the “blue wave” elected to congress this past November. Hogg’s Twitter feed is a study in narrative discipline, its relentless focus on the politicians who accept gun-lobby money twinned with exhortations to his nearly 900,000 followers to vote.

Hogg is keenly aware of the way his particular talents mesh with how his generation thinks. New York magazine recently stated of the young activist, “A lot of what has catapulted Hogg to this elevated and precarious place is his wonkishness: his dexterity on social media and cable news, his appetite for the nitty-gritty of policy disputes.”

At the March For Our Lives, Hogg hung an orange tag stamped “$1.05” around the microphone—the price Parkland students calculated that their senator, Marco Rubio, put on each of their lives, given the donations he’d accepted from the NRA. (At graduation, he attached it to his mortarboard like a tassel.)

“People call us snowflakes,” he tweeted earlier this year. “What happens when all the snowflakes vote? That’s called an avalanche.”

Previous Post: « Canada Won’t Yet Reveal What New $1 Coin Commemorating Decriminalization of Homosexuality Looks Like
Next Post: Teen Takes Broadway Musicals to the Next Level — While Mom Drives: WATCH »