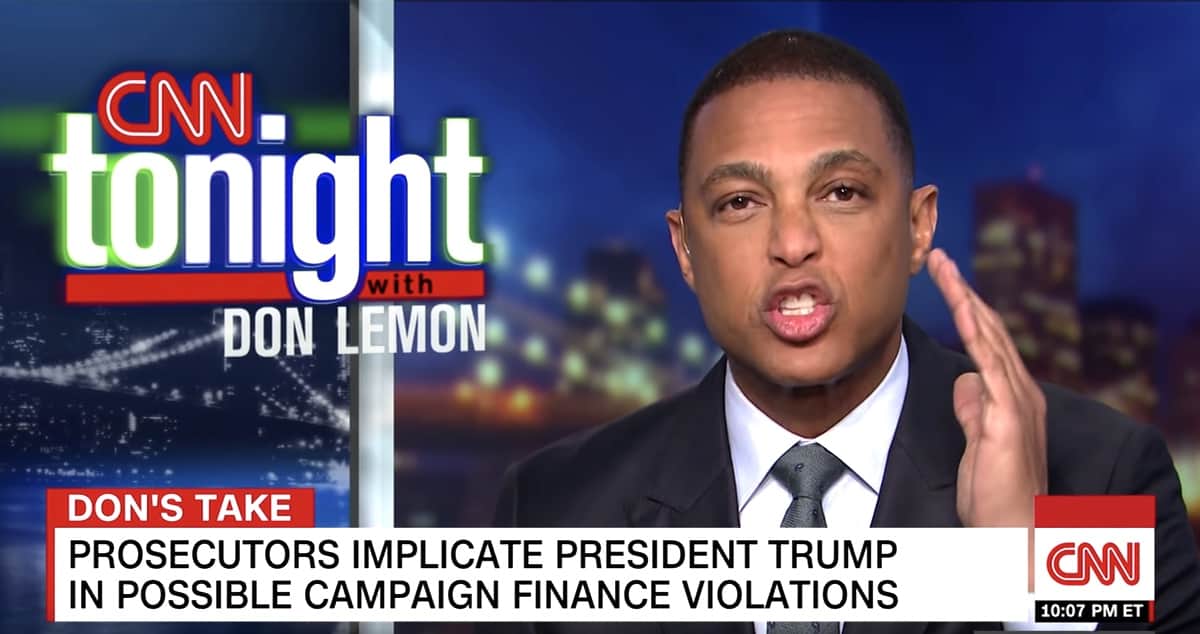 “I want you to listen to this closely because this has been bugging me for the last few days,” said Lemon. “I just want to scream at the television when I see it.”

Lemon continued, ripping “President Trump and his apologists” for “working very hard” to claim that Michael Cohen’s campaign finance violations, made at the direction of Donald Trump, are the same as civil reporting violations made by the Obama campaign in 2008.

“That is a FLAT OUT LIE,” Lemon said. “Legal experts will agree. Do a fact check, will you?”

Lemon then laughed at Trump’s tweet declaring, after Robert Mueller and the SDNY’s sentencing documents were filed on Friday, that the filing “totally clears the president.”

Said Lemon: “How he came to that conclusion is mind-boggling. The filings say nothing of the kind.”

Previous Post: « ‘Michael And Michael Are Gay’ Went to ‘Burning Man’ and You’ll Never Hear the End of It – WEB SERIES
Next Post: Adult Performer Max Konnor Says He Was Kicked Out of NYC’s ‘The Leather Man’ Shop Because of His Race »