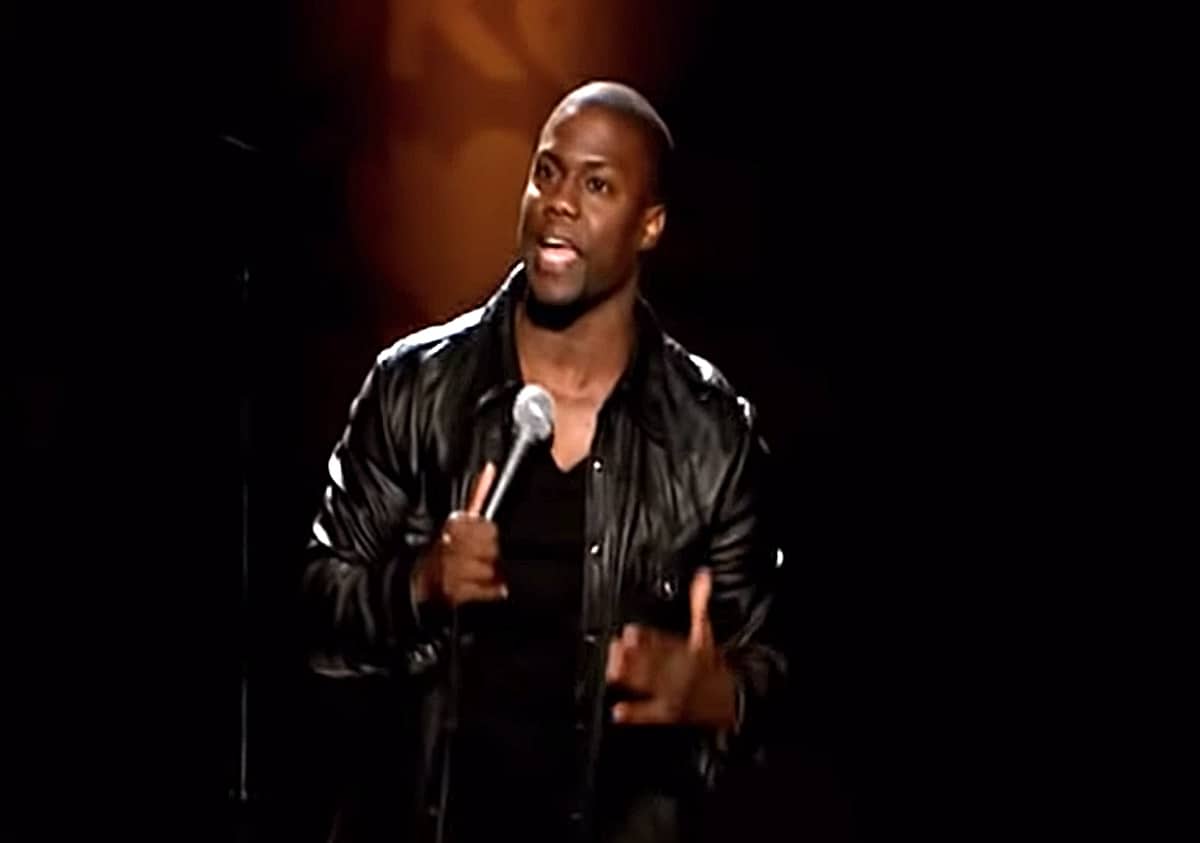 A Kevin Hart gay son ‘comedy’ bit from a 2010 stand-up comedy special resurfaced on Twitter shortly after Hart was named as host of this year’s Academy Awards.

In the bit, Hart makes a “joke” about not wanting a gay son, saying, “One of my biggest fears is my son growing up and being gay. That’s a fear. Keep in mind, I’m not homophobic. I have nothing against gay people. Be happy. Do what you want to do. But me, being a heterosexual male, if I can prevent my son from being gay, I will.”

Hart continued, telling the audience he’s worried about “handling his son’s first gay moment correctly,” saying that when your kid has his “first gay moment…you gotta nip it in the bud right then.”

“Hey, stop! That’s gay! Quit it!”, says Hart, to gales of laughter. Hart then goes on to describe seeing another boy “grinding on [his] son’s ass,” telling the audience that he “panicked” and “knocked them both down.”

In a Reddit AMA in 2014, Hart was asked, “You find a lot of comedy in male insecurities, including a famous bit where you express fear that your son will be gay. You praised Frank Ocean at the MTV VMAs in 2012 for having the courage to come out, and recently said in an interview that you don’t do jokes any more about gays. What changed your mind on this subject of humor?”

He replied:  “It’s just a sensitive topic and I respect people of all orientations. So, it’s just best left alone.”

He later told Rolling Stone: “It’s about my fear. I’m thinking about what I did as a dad, did I do something wrong, and if I did, what was it? Not that I’m not gonna love my son or think about him any differently. The funny thing within that joke is it’s me getting mad at my son because of my own insecurities — I panicked. It has nothing to do with him, it’s about me. That’s the difference between bringing a joke across that’s well thought-out and saying something just to ruffle feathers. I wouldn’t tell that joke today, because when I said it, the times weren’t as sensitive as they are now. I think we love to make big deals out of things that aren’t necessarily big deals, because we can. These things become public spectacles. So why set yourself up for failure?”

In 2015, Hart said he would never play a gay role  because of his own insecurities, revealing that he turned down a spot in 2008’s Tropic Thunder because the role was for a “flagrant” gay character.

Said Hart: “Not because I have any ill will or disrespect, it’s because I feel like I can’t do that because I don’t think I’m really going to dive into that role 100%. Because of the insecurities about myself trying to play that part. Like, would I think people are going to think while I’m trying to do this is going to stop me from playing that part the way that I’m supposed to. ”

Some on Twitter expressed dismay at the selection of Hart as host of this year’s Oscars:

Kevin Hart is going to be hosting #TheOscars on a year that is set to honor many films that have queer characters (A Star is Born, The Favourite, Can You Ever Forgive Me?). Hart has said that one of his biggest fears is his son being gay… Read below for more. Pretty sad. pic.twitter.com/r4qSTSzfsm

Remember that HILARIOUS @KevinHart4real bit where he’s like “One of my BIGGEST FEARS is my son growing up and being gay!” OMG UR SO FUNNY

At the Oscars, I hope Kevin Hart tells more jokes about his fears that his kids might be gay because wouldn't that just be so FUN??? For everybody involved??? Delightful, even!

And that interview when you said you won’t play a gay character because it makes you uncomfortable BUTYOURENOTHOMOPHOBIC!