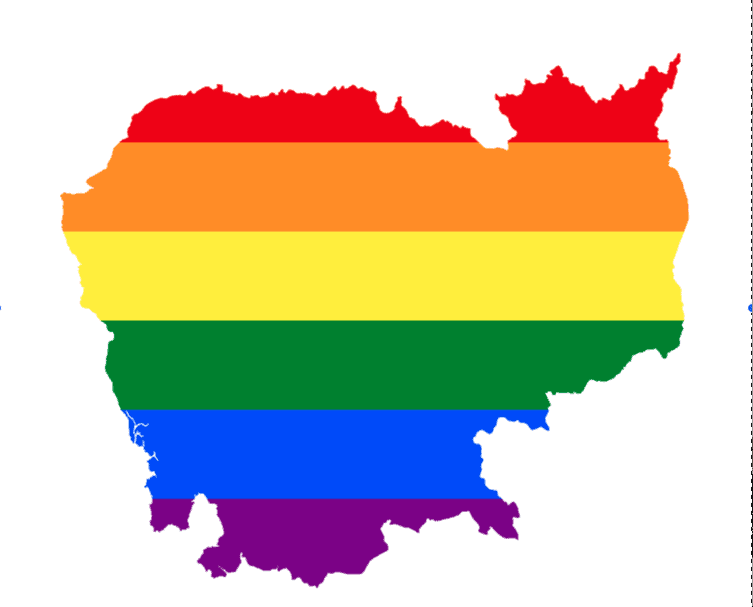 Cambodia is considered one of the more progressive countries when it comes to LGBT rights.

The Office of the High Commissioner of United Nations Human Rights said in a statement that “the Royal Government of Cambodia has shown commitment and initiative to include LGBT persons in various plans and programs. A research study on the LGBT community was commissioned by the Social Protection Coordination Unit of the Council for Agricultural and Rural Development in 2013, and the Cambodian National Strategic Plan on HIV/AIDS, as well as the 2nd National Action Plan to Prevent Violence Against Women, specifically address the needs of LGBT persons. Former Majesty King Father Norodom Sihanouk, some politicians and government officials at the national and subnational levels have spoken out against violence, stigma and discrimination against LGBT persons.”

The report notes however that “Beyond the legal framework and political leadership, there is a need for social behavioral change, especially at the local level, mobilizing people from all walks of society in support of LGBT rights, including local, religious and community leaders, media, civil society, the education system and the private sector.”

Cambodia’s Human Rights Committee have said the president Hun Sen is focused on lowering HIV rates in the country.

Keo Remy, the director of CHRC, who attended an event over the weekend marking the 10-year anniversary of the LGBT+ organization, Rainbow Community Kampuchea (RoCK) said the president had publicly declared his support for the community.

According to the Khmer Times, Remy said: “Samdech Techo Hun Sen already said that he supports LGBT+ people, but he highlighted the need to prevent HIV infections.”

“We have to talk honestly with each other about negative problems that people may have about health and lives.”

“He also said there was an increase of HIV infections within the LGBT+ community, especially in those under the age of 30.”

“We have to be careful about our own welfare.”

She said: “We have gained supportive environments from the government, which is a good thing for us so that we can keep going and not be depressed.

“Although discrimination has decreased, a lot of people at work still do not yet understand LGBT+ issues because they only recruit male or female staffers.

“However, our situation is making our lives too difficult.”