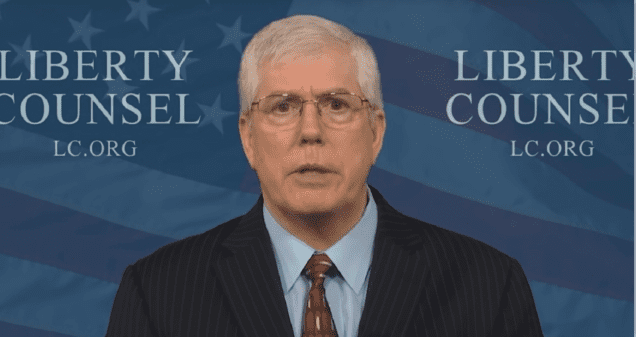 Evangelical activists are pressing Republican lawmakers to strip protections for LGBT+ people from an anti-lynching bill. The Justice for Victims of Lynching Act cleared the US Senate on December 20 in a rare unanimous vote.

The moment when the United States Senate agreed unanimously to make lynching a federal crime for the first time. History. pic.twitter.com/MtoI0Or0mg

The bill describes lynching as “the ultimate expression of racism in the United States” following Reconstruction and counts 4,742 overwhelmingly African-American victims reported from 1882 to 1968. It notes further that some 200 anti-lynching bills had been brought before Congress and 99 percent “of all perpetrators of lynching escaped from punishment by state or local officials.”
“Today, we have righted that wrong and taken corrective action that recognizes this stain on our country’s history,” Booker said in a statement following the vote.

But Liberty Counsel president Mat Staver told fundamentalist Christian news outlet OneNewsNow that he is lobbying lawmakers in the House of Representatives to have the LGBT language removed from the law.

Staver claimed: “The old saying is once that camel gets the nose in the tent, you can’t stop them from coming the rest of the way in.

“And this would be the first time that you would have in federal law mentioning gender identity and sexual orientation, as part of this anti-lynching bill.”