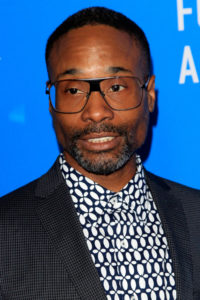 In an interview with Consequence of Sound right before Christmas Pose star Billy Porter responded to Kevin Hart and DL Hughley’s reluctance to apologize for their past homophobic remarks.

“I say to Kevin Hart, and I say to D.L. Hughley, I say to those people who think that they don’t need to apologize for shit and dig their heels in their toxic masculinity: But you want your rights! You want people to stop shooting your children in the back? But yet still, you turn around and oppress other people the same way you’re being oppressed. Fuck that. Fuck you. We’re done.”

“People think that words don’t matter,” he says. “Because it’s not about you having a joke. That’s not what it’s about. I’ve seen people and I’ve heard people who are not homophobic who do gay jokes. And you can tell that they’re not homophobic.

“I think Monique, a long time ago, she did a joke about butt sex,” he continues. “It was a whole thing about butt sex and ‘the gays,’ you know. And the punchline was something like, ‘Yeah, but don’t knock it till you try it!’ … but she’s not a homophobic person. She’s not saying, ‘If I come home and my four-year-old son is playing with a baby doll house, I’m gonna break it over his head and tell him it’s gay.’”

Previous Post: « Two Guys Kissing Is Banned in Russia
Next Post: Do You Know the LGBTQ 2000s? Test Your Grasp of its Pop Icons, Influencers, and Political Heroes »