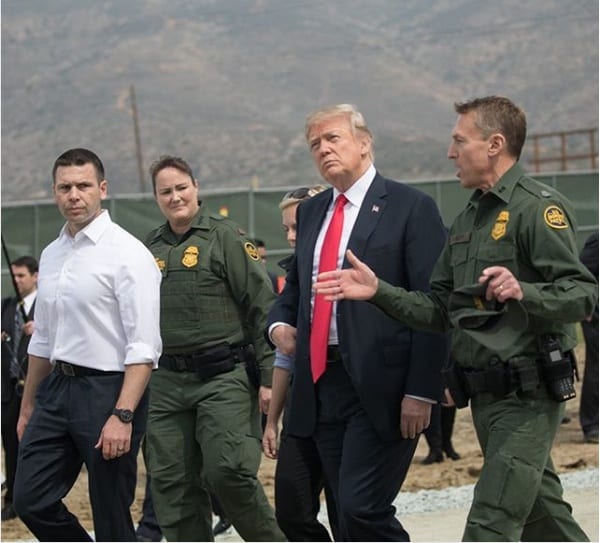 Unable to reach the staggering $1 billion dollar goal it had to reach to supplement President Donald J Trump’s wall on the US-Mexican border the crowdfunding platform GoFundMe is refunding all money to people who pledged to the campaign.

A GoFundMe spokesman, Bobby Whithorne, told Business Insider that the campaign’s founder, Brian Kolfage, initially promised donors that all donations would be used to pay for a wall along the US-Mexico border, like the one President Donald Trump has proposed, if it met its $1 billion goal.

“However, that did not happen,” Whithorne said. “This means all donors will receive a refund.”

Insider says that “among the group of people listed on the GoFundMe page as being involved with the nonprofit are Erik Prince, an American businessman known for founding the security firm Blackwater (he is also Education Secretary Betsy DeVos’ brother), and David Clarke, the former Wisconsin sheriff known for expressing controversial views on immigration.”

Kolfage announced on the GoFundMe page that donors can redirect their monies towards a new non-profit he’s founded for expressly the same purpose.