The safety of Afghanistan Gay, Lesbian, Bi, Trans people was immediately in serious question with the rapid return of Taliban control of Afghanistan. International LGBT organizations report their contacts in Afghanistan have gone dark or have become unreachable, and many organizations around the world are calling for governments and international bodies to provide for their protection and to offer asylum.

President Joe Biden’s announcement of complete troop withdrawal from Afghanistan by Aug. 31 sparked fears that the nation’s democratic government would fall back into the hands of the Taliban, unseated by the U.S. and its allies when the war began 20 years ago. Those fears came true with unexpected speed in recent days, and though the initial words from the Taliban is that they will respect the rights of women, this is not how it has gone in the regional cities they have taken over on the way. Most commentators expect the militant organization will reinstate Sharia Law, an expectation behind the many Afghanis trying to leave the country as soon as possible by any route available.

Under the now-deposed government of President Ashraf Ghani LGBTQ Afghans enjoyed more, but still severely limited protections. The threat to LGBTQ lives under the Taliban has been made clear. The surprise would be if they was any change. Gul Rahim, who claims to be a Taliban judge, detailed last month that LGBTQ Afghans will be executed under Taliban rule. “There are only two penalties for gays: Either stoning or he has to stand behind a wall that falls on him. The wall must be 2.5 to 3 meters high,” Rahim told German newspaper Bild.

We have found no reports specifically about LGBTQ plans or attempts to get out of the county and how they have fared, in general leaving is now a chaotic and dangerous proposition for almost all Afghans.

Images of Afghans surrounding American planes on the tarmac of Hamid Karzai International Airport in Kabul have given way to the stream of individual stories from those who get out anywhere, all of which end saying most of those in danger remain in Afghanistan without a clear path to getting out. On the first day of flights out, some died trying to get on flights, including some who reported clinged to aircrafts as they lifted off the ground.

Taliban forces have begun blocking citizens from accessing the airport, breaking a promise made to the Biden administration. Deputy Secretary of State Wendy Sherman stated Wednesday that U.S. military forces in Kabul and Qatar were “engaging directly with the Taliban to make clear that we expect them to allow all American citizens, all third-country nationals and all Afghans who wish to leave, to do so safely and without harassment.” At the moment, Sherman could only confirm that the Taliban wasn’t impeding Americans from leaving, though she couldn’t confirm that the status of every American currently in Afghanistan was known.

President Biden has rushed thousands more soldiers and government employees to help protect and defend the Kabul airport, saying their capacity to process American Partners will double by early next week and flights will ramp up to hourly all day and night.

Taking responsibility, Biden acknowledged “the buck” stops with him, the president said he and the military shared the same surprise as everyone else at the speed with which the Taliban took the country, highlighting that even after 20 years of training, a trillion-dollar investment, and extraordinary supply of American arms (now in Taliban hands) the Afghani military still would not defend itself even minimally.

While surprised by the speed and expressing concern about the current chaos, the Biden position is that there was going to be chaos no matter what, placing blame on Trump “negotiations” that led to the release of top Taliban leadership who were then in Pakistan prisons. One of those Trump-released leaders arrived to take lead in the Taliban government Thursday.

With plenty of blame to go around and decades of books and writing. to assign it, most worked to focus on getting Americans, allies and local partners through the impossible and dangerous process of getting out of the country.

The Washington Blade reported Sunday that transgender U.S. State Department contractor Josie Thomas was among a collection of people trapped in a diplomatic support facility near the Kabul airport. The U.S. Embassy in Kabul stated that it could no longer “ensure safe passage” to the airport.

Those who are able to get out face a real possibility of ending up stateless with. the small numbers of refugees most nations are stepping up to accept. While Canada has promised to grant 20,000 displaced Afghans asylum and Biden pledged to expand refuge access to Afghans that worked with U.S. organizations in Afghanistan and others “who otherwise are at great risk”, other nations have been more cagey about housing Afghan refugees.

German Chancellor Angela Merkel, French President Emmanuel Macron and other top European officials announced a strategy to keep Afghan refugees in “transit countries” such as Iran, Pakistan and Turkey. Iran and Pakistan, countries with large Afghan refugee populations, and all without real protections for LGBTQ people.

Advocacy groups called on European nations to offer asylum to refugees from Afghanistan gay populations.. “As Afghanistan falls to the Taliban, members of the LGBTIQ community are among those at greatest risk of suffering under Taliban rule. The international community must act quickly and decisively to aid all those fleeing persecution,” said the Organization for Refuge, Asylum and Migration.

In the UK, Stonewall UK urged the government to allow Afghan refugees as well. “LGBTQ+ Afghans have endured routine discrimination, abuse & persecution, including by the state. With the Taliban in power we expect this situation to deteriorate further, including the potential for a return to active enforcement of the laws that prohibit same-sex relationships,” read a statement from the organization.

“The U.K. government must step up now to put in place a rapid response humanitarian evacuation program and help resettle Afghan people, as well as take action to protect those who have already sought asylum here in the U.K.,” said Stonewall UK CEO Nancy Kelley. “This is a time for showing leadership in upholding the UN Refugee Convention, and helping LGBTQ+ Afghan refugees to survive, resettle and thrive.”

Speaking to the Washington Blade, Charbel Maydaa, founder of Lebanese advocacy organization MOSIAC, said she has lost contact with many in the nation since the Taliban’s resurgence. “We don’t know what’s happening. They’re not online or they are really afraid to talk on Facebook,” Maydaa said.

Maydaa stated that LGBTQ advocacy group ILGA Asia, of which Maydaa serves as alternate co-chair, is working to establish shelters for LGBTQ Afghans that are still in the country as they wait for a chance to leave the country. The organization is also pleading with governments internationally to “literally rescue them.”

“LGBT+ Afghans really don’t have any options. They can either await a slow death or a quick one. Whatever little joy they had will evaporate knowing that the Taliban can take their life at any moment,” gay Afghan author and activist Nemat Sadat told PinkNews. “As bad as life was for LGBT under the regimes of Hamid Karzai and Ashraf Ghani, there is no telling how severe it can get under the Taliban … It’s not hyperbolic to say that the Taliban will do what Nazis did to homosexuals: weed them out and exterminated them from Afghan society.” 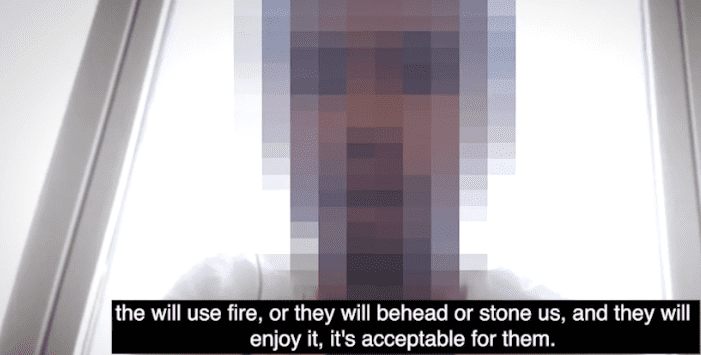 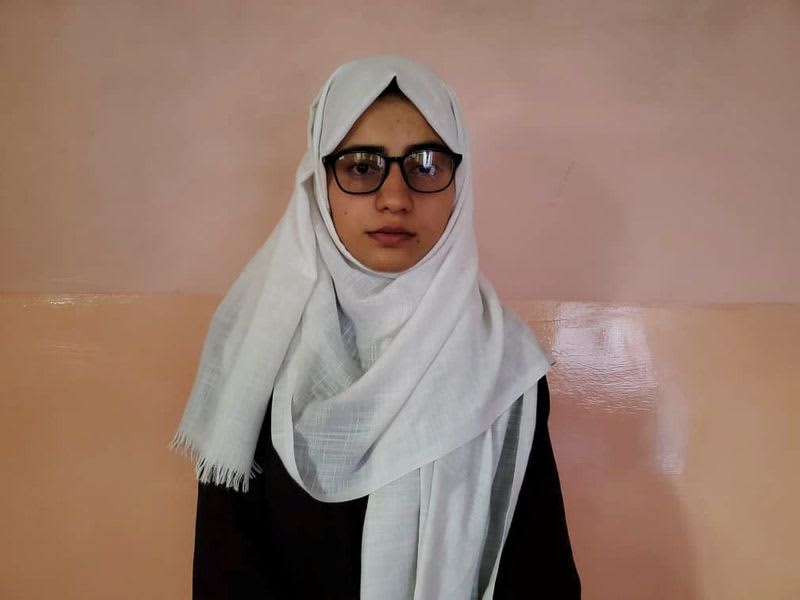 Taliban Takes Over: Afghanistan’s ‘Gen Z’ Is Used to Cellphones, Pop Music, Social Mixing of Genders, But Fears the Worst 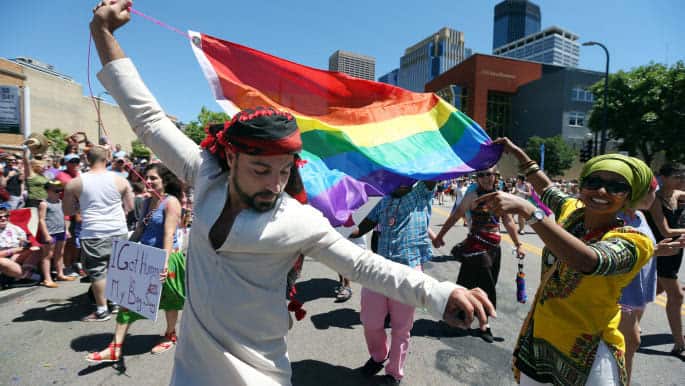 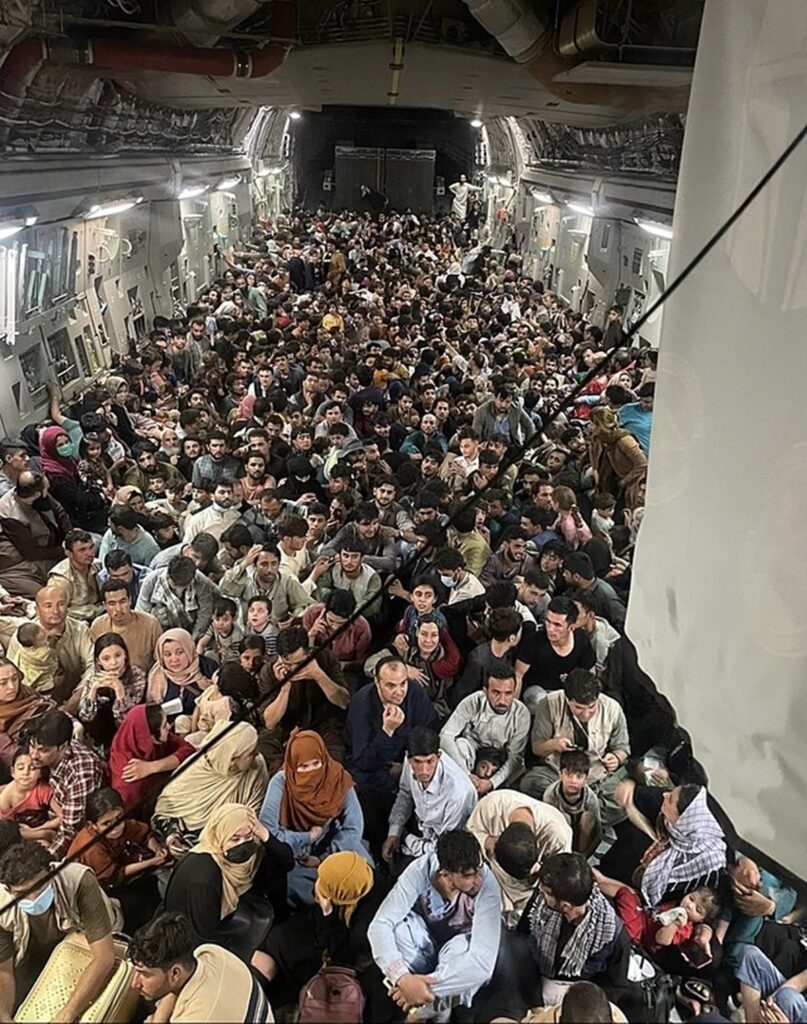 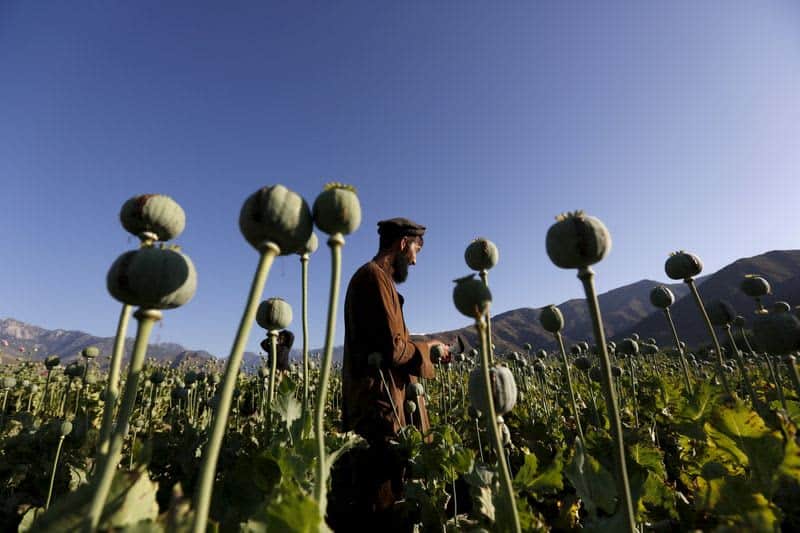 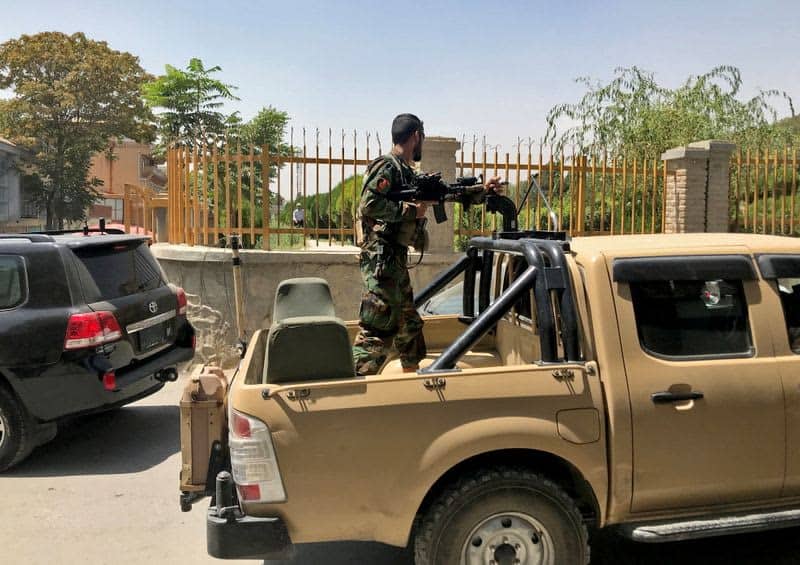 Taliban return to power as president and diplomats flee Kabul